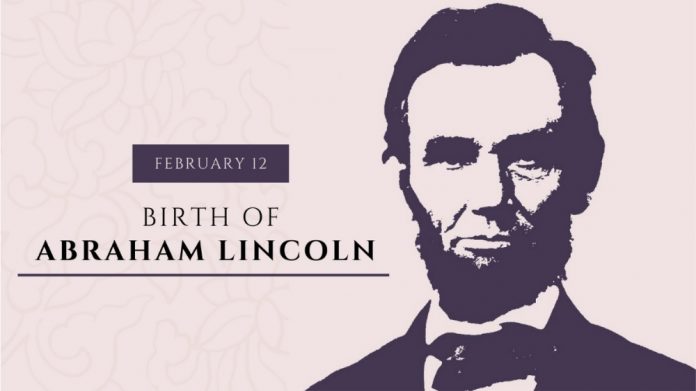 Born on this day in 1809, in Kentucky Abraham Lincoln was an American statesman and a lawyer, who then went on to become the 16th President of the United States in 1861. A President who is ranked consistently as one of the greatest, is remembered even today as a hero and a martyr in the United States, and around the world.

Abraham Lincoln’s story inspires many to this day. A boy who was self-educated and went on to become a lawyer, and who didn’t have all that much of a privileged background. Born in a poor log cabin, he was raised up in the frontiers of Indiana.

President Lincoln was pivotal in the abolition of slavery by signing the Emancipation Proclamation, and his order to allow the Army to protect and recruit former slaves. These led to one of the main reasons for his assassination.

His political career started from being a Whig Party leader, to being a state legislator of Illinois, and further moving up the ranks to being the US Congressman for the state of Illinois. Though he decided to break his political career & return to be a lawyer, it was the Kansas-Nebraska Act which supported slavery which made Mr. Lincoln to think of stepping back into politics. In the year 1860, Lincoln contested the elections and had won the majority in the Northern states. The great American Civil War was witnessed during the period Mr. Lincoln being the President.

The period of presidency, as history records may not be a peaceful & filled with abundance but it surely was the period of radical changes. The 13th Amendment of the Constitution of United States to outlaw slavery within the country, was promoted along with encouragement to the border states as well to do the same.

On April 14th 1865, five days after the Union victory in the Battle of Appomattox Courthouse Mr. Lincoln was shot from the back in his theatre box by a confederate, which resulted in his loss of life on the very next day.

At his famous Gettysburg Address, he said:

“But, in a larger sense, we can not dedicate—we can not consecrate—we can not hallow—this ground. The brave men, living and dead, who struggled here, have consecrated it, far above our poor power to add or detract. The world will little note, nor long remember what we say here, but it can never forget what they did here. It is for us the living, rather, to be dedicated here to the unfinished work which they who fought here have thus far so nobly advanced. It is rather for us to be here dedicated to the great task remaining before us—that from these honored dead we take increased devotion to that cause for which they gave the last full measure of devotion—that we here highly resolve that these dead shall not have died in vain—that this nation, under God, shall have a new birth of freedom—and that government of the people, by the people, for the people, shall not perish from the earth.”

And such values and virtues is what makes Lincoln, one of the greatest US Presidents in history.

Apartheid in Afrikaans means ‘apartness’. It was a government legislation that strictly regulated relations between South Africa’s white and...
Daily Digest

January 20th, 2009 was a historic day for most African-Americans. Barack Hussein Obama was inaugurated as the 44th President...
On This Day

First State of the Union Address

At the beginning of each year, the President of the United States delivers a message to a joint session...