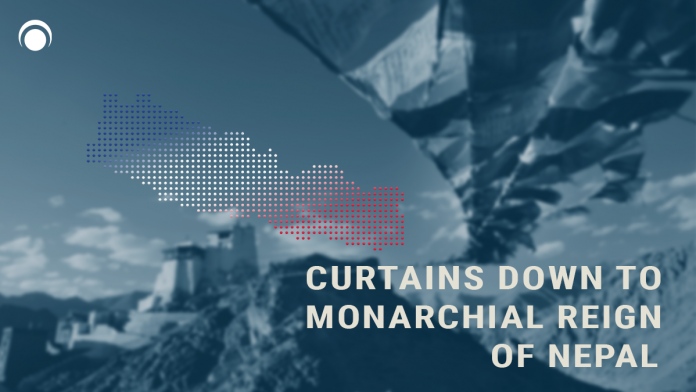 Curtains down to Monarchial Reign of Nepal

On December 28th, 2007 the interim Government in Nepal gave approval for the bill that sought to end 240-year-old monarchical rule in the Himalayan kingdom. This was made possible through an amendment to their constitution of 1990.

Nepal had the distinction of being the world’s last reigning Hindu monarchy and was under the imperious rule of King Gyanendra. The 10 year long armed revolts of the Maoists and the long pro-democracy protests of the people forced the king to step down from his throne. Thus, it marked the end of the monarchy. Nepal was declared as a federal democratic republic with effect from May 28th, 2008. The country operates under a new constitution which came into effect from 20th September 2015.

Nepal’s history is a witness to the many kingdoms or rulers who have fallen. The followers of Judaism & Christianity, believe that no human kingdom can bring a consistently just and peaceful order. They eagerly hope for a reign of God to rule over them with righteousness, peace, and joy, freeing us from the slavery of sin.