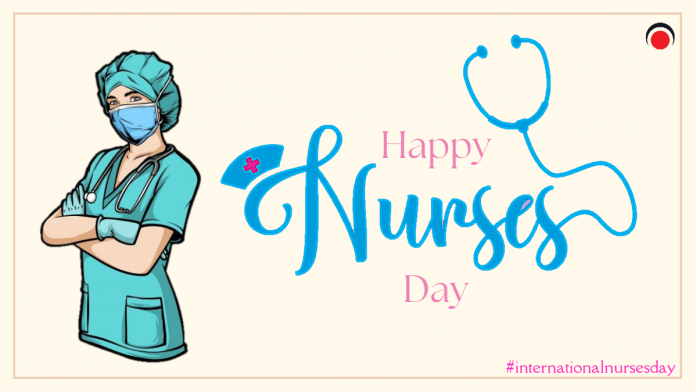 Nursing is the largest occupational group in the healthcare sector, accounting for approximately 59% of health professionals. The global nursing workforce is close to 30 million, of which only around 20 million are professional nurses. There is a global shortage of nurses as over 80% of the world’s nurses are found in countries that account for half of the world’s population, thus leaving several low and middle-income countries with an acute shortage of nurses. Moreover, problems such as gender bias, pay gap, aging nurses, safety, etc. plague the current system.

The birth anniversary of Florence Nightingale the founder of modern nursing, is celebrated as International Nurses Day on May 12th. The International Council of Nurses (ICN) celebrates a particular theme each year. The theme for 2022 is “Nurses: A Voice to Lead – Invest in Nursing and respect rights to secure global health.” This is aimed towards empowering nurses who have been continually serving us through the ages and thus appreciating the contribution made by them so far. Florence Nightingale was truly a ‘voice that led’ the community of nurses by her sheer dedication and hard work. Born in the 1800s to an affluent English family, her decision to become a nurse was met with immense reproach given that nursing as a profession during those days was looked down upon and considered to be associated with filth. Moreover, given the shambling state of nursing, with no proper adequate training, nurses were generally heavy drinkers in order to numb their senses towards the foul hospital smells and immorality was prevalent behind the hospital doors with no one to curtail it. Despite all this, Florence still pursued what she believed she was called to do. Being a brilliant statistician and a prodigious student, she had the ability to understand datasets and draw insights. In her lifetime she wrote several informative medical reports and authored seventeen books pertaining to nursing and allied subjects. Her life was an outpouring of service, especially during the Crimean war, which led to her recognition in the English community. Her life continues to inspire many.

Future directions for the nursing workforce needs to focus on the efforts individual countries are undertaking for strengthening and funding the education of their nurses and managing their mobility across different areas ethically. Policy-makers, employers, and regulators should coordinate actions to ensure decent work and optimum pay.

To love and serve one another is the highest expression of compassion and selflessness one can portray. Becoming a nurse entails realizing this, and dedicating one’s life to serving others. In the Bible, Jesus Christ says that he had come “to serve others and not to be served”. He led his life by setting examples of doing actions that displayed the strong moving compassion he had for the ones who were suffering and his willingness to always go the extra mile for them. This International Nurses Day, let us remember the nurses who serve us and treat them with immense gratitude for their service.