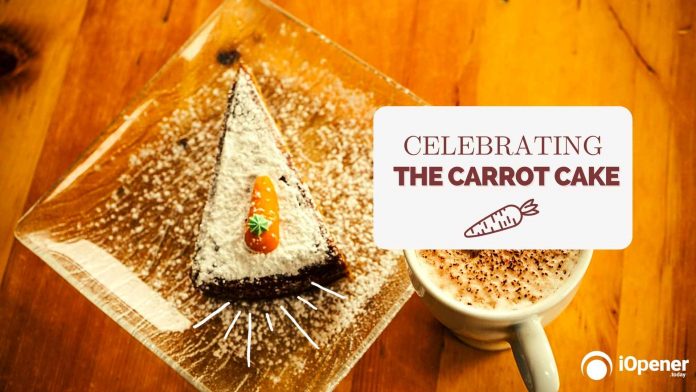 Have you ever wondered what did the people do when sugar was not extracted from sugar cane? What would have been the method of sweetening a cake or an apple pie?

While little is known certainly about such things, it is undoubtedly the medieval period that would have been a witness to many such new desserts; like the carrot cake which is believed to be an evolution from the carrot pudding.

The carrot cake is one of the most well-known and widely-loved cake recipes around the world, that has evolved through many innovations and various additions to the basic initial recipes. According to the culinary heritage of Switzerland, the carrot cake is a dessert that is most commonly consumed during birthday celebrations. In fact, carrot cakes were popular during the tough times or times of scarcity, like the World War II era, when the British government had to ration food supplies & luxury items. Even in a time such as this, carrot cakes, carrot puddings & the carrot pies were recommended preparations by the Ministry of Health in Britain, most probably due to their rich nutritional value combined with great taste and cost-effectiveness.

The USA has some history with carrot cakes as well. Former President George Washington would frequent a tavern called Fraunces Tavern in Lower Manhattan to enjoy his favourite carrot cakes. There was a cookbook that was collected and put together for early American recipes, and the carrot cake was one among them.

In recent times, the culinary world has come to celebrate the 3rd of February as Carrot Cake Day, and bakers across the world usually prepare it using their own familiar recipes on this day. There are many recipes easily available on the internet now, so why don’t you also try baking a carrot cake for your loved ones today?