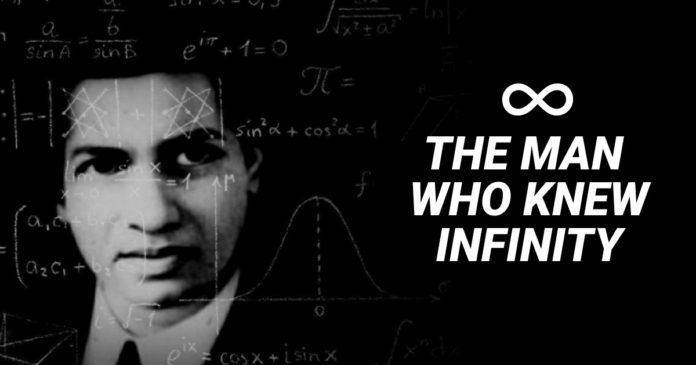 The Man who Knew Infinity

Every year on this day, India wakes up to commemorate one of its most celebrated mathematicians – Srinivasa Ramanujan, also known as “Man Who Knew Infinity.” He was born on this very day in the year 1887. Commemorating his birth, the former Prime Minister Dr. Manmohan Singh in 2012, declared this day as National Mathematics Day.

Though his life was brief, he made remarkable contributions to the field of mathematics during this period, which made him the first-ever Indian to be awarded a fellowship at the Trinity College, in Cambridge University.

Born Srinvasa Ramanujan Iyer in Erode Tamil Nadu, into a Tamil Brahmin family, Ramanujan was considered to be a failure at college due to his negligence towards non-mathematical subjects. Following his studies, he went on to join as a clerk at the Madras Port Trust. And it was here that one of his colleagues who identified his mathematical genius, and then referred him to Prof. GH Hardy at Cambridge University.

Ramanujan went to London for his further studies and completed his B. Sc. degree. He was elected to the London Mathematical Society in 1917 and his research on Elliptic numbers & the theory of numbers made him a fellow at the Royal Society.

On the completion of his studies, he returned to India in 1919, where he breathed his last shortly afterwards. Leaving behind an incredible legacy and immense contributions to the field of mathematics.