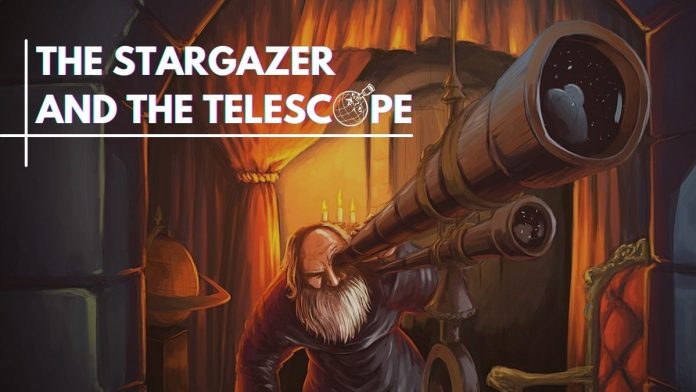 The Stargazer and the Telescope

Looking at the starry sky and bright moon, you might have pondered about the wonders of outer space. One of the most significant tools that aided humankind in exploring the marvels of outer space has been the telescope and the man credited with its invention, Galileo Galilei, was born on 15th February, 1564. He is regarded as the father of modern science and observational astronomy and was born in the Italian city of Pisa. Born into a family of musicians, Galileo himself was an accomplished lutenist, but his intellect took him beyond that status and established him as an astronomer, mathematician, physicist, philosopher, professor, and scientist who made valuable contributions to modern science, and to physics in particular.

Galileo used the telescope he developed to closely observe the universe and he made observations regarding the moon, the phases of Venus, four satellites of Jupiter, Saturn’s rings, and he also analyzed sunspots. All these observations led him to reject the Aristotelian theory which considered the Earth as the center of the universe and support the heliocentric theory of Copernicus, which posited the sun as the center of the solar system. This revolutionary finding laid the basis for modern astronomy.

But Galileo was unfortunately charged of heresy and put under house arrest by the Catholic Church, which considered the Copernican theory to be against its traditional beliefs. This great pioneer of the scientific revolution died on 8th January,1642, due to fever and heart palpitation in Florence, Italy.