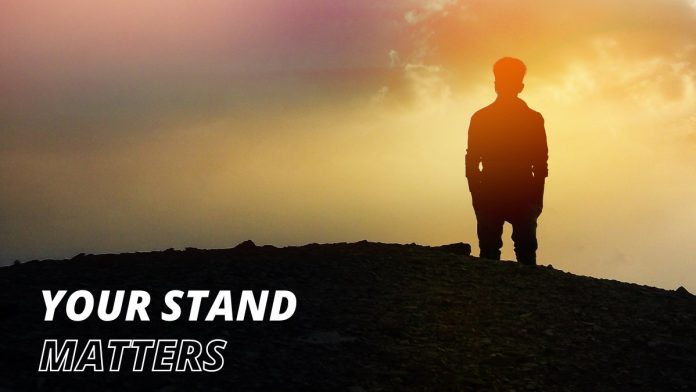 Human history has witnessed many social transformations just because of some people who chose to stand up for what is right, even in the midst of oppressive conditions. Most people tend to look the other way and go on with their day-to-day activities when they see injustices around them, because they don’t directly affect them. But the true changemakers take a stand, even when it may come at a personal cost.

One such person was Rosa Parks, a leading figure of the civil rights movement in the USA. Once, when she was traveling in a bus, it became full and the driver asked four black passengers to give up their seats for some of the white passengers. This was a pretty common practice in the country in those days. Three of these people complied with the driver’s demand. Rosa, the fourth black passenger, refused to leave her seat. She was eventually arrested by the police for this “crime”. But her brave act set off a nationwide agitation against racial segregation, which came to be known as the Montgomery Bus Boycott. After a long struggle, the system of segregation in public transport was abolished.

We may not be able to accomplish things as big as some of these people did. But we can always choose to take a consistent stand for justice in small ways within our own circles of influence. We never know how we may be impacting the thinking and life of those around us, in ways that are invisible. Big social changes don’t happen overnight. They occur through such small influencing roles that many people, who are passionate about justice, play. So never grow tired of taking a stand, because your stand matters.

Moulded to be Bold

A lump of clay cannot take shape on its own. It can only be moulded and shaped by the...
Think Why

How has it impacted you?
Red Letters

Victims’ Voices Lead the Way “Dare to enter the darkness to bring another into the light.”- Tony Kirwan, Destiny Rescue...