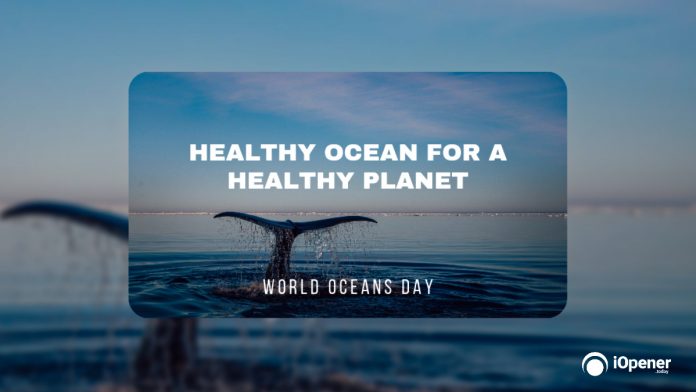 HEALTHY OCEANS FOR A HEALTHY PLANET

Oceans hold 97% of our planet’s water. They play a hugely significant role in supporting and sustaining life on planet Earth as we know it. World Oceans Day is observed every year on June 8 to give governments across the world an opportunity to educate people on the importance of the oceans to human life and various human activities – such as trade and transportation amongst others.

The oceans contain 50-80 percent of all life on Earth. According to the World Register of Marine Species (WoRMS), there are currently at least 236,878 named marine species. But perhaps the most crucial role the oceans play is in offsetting climate change by absorbing large amounts of carbon dioxide. Moreover, about 70 percent of the oxygen we breathe is produced by the oceans. But increasing levels of dissolved carbon dioxide are making the seawater more acidic.

Over the years, unrestrained human activities have wreaked a lot of havoc on our oceans. For instance, certain large-scale fishing practices not only lead to over-fishing of the target species, but also damage the environment by excavating the seabed or capturing other species, which are eventually thrown back dead.

It is high time that humanity rethinks such practices that are driven by uncontrolled greed, and starts being stewards of the earth as God meant it to be.

After all, the Bible says that the Creator made it so wonderfully that its vastness would reflect His own awesomeness. The thriving marine ecosystems and the numerous wonders that they hold point to the amazing work of an Almighty Creator. All this when we have only explored about five percent of the world’s oceans and there is a lot more that needs to be discovered.

On this World Oceans Day, let us vow to personally inculcate practices that can help keep the oceans clean and unpolluted, as well as to promote and stand by sustainable trade and business practices.

"A good conscience is a continual Christmas."Benjamin Franklin
Pearls

Striving for success without hard work is like trying to harvest where you haven’t planted.David Bly
Pearls

The world needs less heat and more light. It needs less of the heat of anger, revenge, retaliation, and...