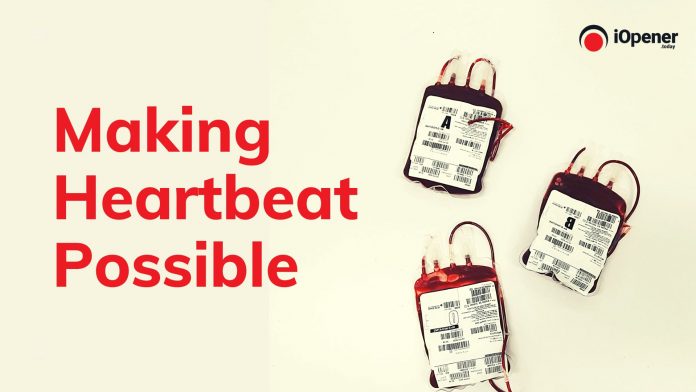 Do you know that every 2 seconds one person needs blood? And the good news is a pint of blood could save up to 3 lives and most of us are able to donate blood! A person who donates blood regularly can stay healthy and also let others live healthy.

Karl Landsteiner’s birthday, 14th June is marked as World’s Blood Donor’s Day. This day was instituted by WHO to appreciate donors and encourage general public to donate blood since 2005. Landsteiner was awarded the Nobel Prize for his discovery of the ABO blood group system and is considered the father of modern blood transfusion, which is why his birthday was chosen for this.

For 2022, the World Blood Donor Day slogan is “Donating blood is an act of solidarity. Join the effort and save lives” to draw attention to the roles that voluntary blood donations play in saving lives and enhancing solidarity within communities.

The life of James Harrison demonstrated this. When he was 13, he had a major surgery and was in need of 13 liters of blood and because of donated blood, his surgery was successful. Later, once he turned 18, he became a regular blood donor and has donated more than 1000 times, and his blood had the capability of healing the disease Rhesus and thus his plasma donation is estimated to have saved 2 million unborn babies from this disease.

James Harrison’s life could be an inspiration for us to create a positive impact in our communities. Blood is a powerful weapon to save a person who is on their death-bed. Donating blood is a great language among people to say that I’m here for your need. People are in need for healing, and you can be the reason for their heartbeat to keep going.

Life is often likened to a journey where one walks through valleys and mountains of various experiences. Some of...
Red Letters

"Everyone needs a house to live in, but a supportive family is what builds a home."-Anthony Liccione Living in a...
Power-up

Some people find a place in the pages of history, and their life continues to inspire even after their...