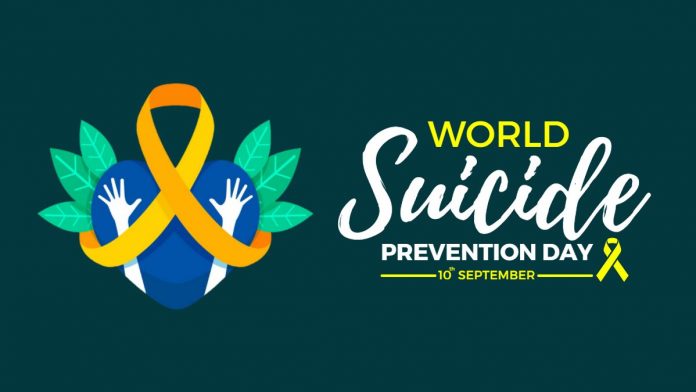 Suicide is not an individual action, it is a societal failure!

Suicide is not an individual action, it is a societal failure!

According to the World Health Organization, we have one suicide that takes place somewhere on the planet every 40 seconds. And if that in itself can give you a shiver down your spine, consider this – for every suicide that actually takes place, there are 20 other unsuccessful attempts and hundreds of others who are actively considering it, possibly thousands who are struggling within themselves and the thought of ending it all in one instance, has crossed their minds.

The sheer magnitude of those numbers is mind numbing and should even a small percentage of those unsuccessful attempts, active considerations, or real struggles convert into actual suicides – imagine the scale of tragedy that would have befallen upon humanity. And finally, that suicide is the most prevalent form of morality in the 15-29 age category is another chilling reality which hits you cold and makes you numb.

What exactly is driving so many, especially, the young to consider suicide? After all, we all so inherently understand that the finality of death is irreversible.

Another pertinent question to be considered is whether suicide is an impulsively triggered action or is it a sustained thought process culminating in an irreversible eventuality. And yet in either scenario, inescapable is the fact that there is an individual who couldn’t find enough hope, empathy, and acceptance to have lived to fight another day.

Many people attribute the increasing rates of suicides, to how brittle we are becoming as individuals and populace. We don’t quite have the resilience about us anymore to withstand the pulls & pressures of live, I’ve been told on numerous occasions. As we become a more affluent, technology-driven, individualistic society – we are also becoming progressively weaker, more emotional than rational, and less resilient than our forefathers, I’m informed.

And yet, nothing sounds more hollow! After all, this is just an attempt to shift the blame from the society (ourselves) to the individual who’s driven to take his own life. Aren’t we, after all, a construct of the societies that we live in?

The old African proverb, “it takes a village, to raise a child,” comes to my mind. I’m assuming it takes the same village to keep that child/adult from taking his or her own life. If only our societies were more accepting and empathetic than judgmental and condescending. If only we were empowering rather than so inherently competitive, that we chose to accept mistakes than point them out, and aid correction rather than be so combative to punish them.

If only we were more willing to offer a second chance, there would be fewer people considering taking their own lives in the first place.

We often look eradicating or preventing suicides in its final stages. Opening helplines for those actively considering suicide, watching over someone who’s in the throes of depression already, and making efforts after we’ve pushed someone over the edge. In many cases, this may be way too late in the cycle.

How often do we think – maybe I can be a little more emphatic as an individual, in my daily course of life, judge less, accept more, and be willing to be more considerate than what I am! Be less vengeful, combative, and abrasive, while being more inclusive, thoughtful, and patient with people. Especially so, if one is in a position and role of prominence and importance – whether it is in the society or family.

What I am trying to get to is the fact that suicidal thought is never quite a one-off manifestation. There are small, involuntary, invisible thoughts and actions of those around someone that can eventually culminate into suicide. Once someone is thinking and considering it, it is a slippery slope from where it becomes progressively difficult to pull someone back.

Going back to that African proverb, if it takes a village to raise a child! It is incumbent upon that village to ensure that the child finds every reason to embrace life and live to its fullest rather than fall into the arms of the cold, irreversible arms of suicide.