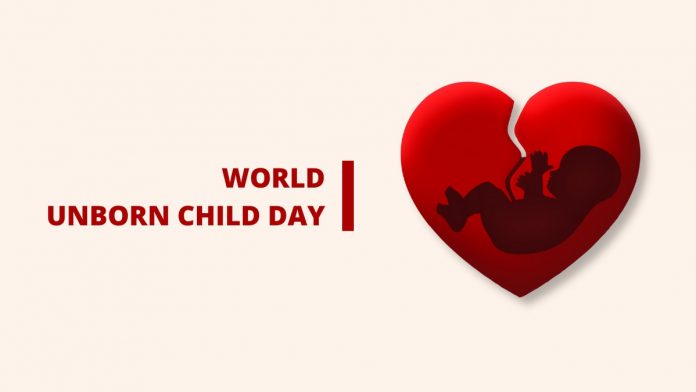 According to WHO, between 2015 and 2019, on average, 73.3 million induced abortions (both legal and illegal) occurred worldwide each year, which is about 39 induced abortions per 1000 women in the age group of 15-49 years. Since the United States of America decriminalised abortions, it has seen about 62 million cases of abortions.

Science indicates that the unborn are distinct, living and whole human beings from the earliest stages of development. The transformation of a single cell from the point of conception into a full-grown foetus is probably the most mind-boggling process ever observed by man. From the first heartbeat (around day 23) to the formation of organs (day 56), the sensation of pain (12 weeks), hearing (24 weeks) response to sounds, and the movement of the eyelids (28 weeks), the development of the human being in the womb is simply remarkable. And such a creative and intelligent process points us to an intelligent designer behind it.

No matter how small or how different the form is, every human being is fearfully and wonderfully made, and bears the image of God. God is working uniquely in the womb from the moment of conception, as we read in the Bible. If this is indeed true, as the development process of a foetus that we described indicates, it means that even the life of this unborn child is as sacred as any of ours, giving him/her an inalienable right to life.

And there are actually no objective scientific, medical, social, ethical or religious grounds or justifications for putting the unborn into a class without personhood. We fully acknowledge that the issues and choices surrounding abortion may involve many ethical complexities, discussing which may not fall within the scope of this article. But the limited point here is that unborn children cannot be denied their personhood and the sacredness of their life cannot be discounted.

As human beings, we are bound to face the consequences of all our actions, including the act of flouting the sacredness of life through abortion. But even for those who may find themselves guilty of this unconscionable act, there always remains the possibility of being pardoned by God if they would be willing to turn to Him for forgiveness, accept their guilt, and resolve to change their ways. Because at the end of the day, abortion is not just a social issue, or an ethical issue, or a women’s issue, or a children’s issue, or a health issue; it is, underlying and more important than all these, a ‘God’ issue.