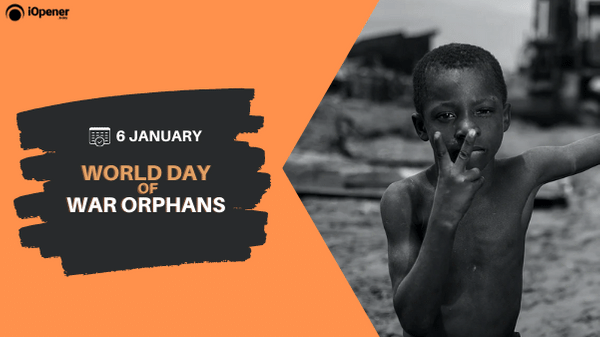 The sheer trauma a war can cause is huge. A war leaves in its wake – mass destruction of cities, long-lasting damage to a country’s economy, and many other scars including the negative consequences to public health, infrastructure, and social order. But there is something more devastating, that most of us might neglect or overlook – the lives of people who lost their dear ones during these wars, especially the ones who became orphans.

Losing family is one of the toughest experiences a human being can go through; it not only causes mental distress but also impacts one’s physical health and social life. It is important to acknowledge and try to understand the unspeakable agony that people go through when they lose their dearest ones to war. For this reason, January 6th is observed as the ‘World Day For War Orphans,’ to create awareness within the global community about the significant emotional and psychological trauma that people suffer following a war. It also makes an appeal to wipe out the shadow of war from our world, so that no one would ever become war orphans again.

Because in the words of Bertrand Russell, “War does not determine who is right – only who is left.”

Your ability will not help if you do not give your availability.Saji Ijiyemi
Pearls

There are no traffic jams along the extra mile.Roger Staubach
Pearls

"A good conscience is a continual Christmas."Benjamin Franklin