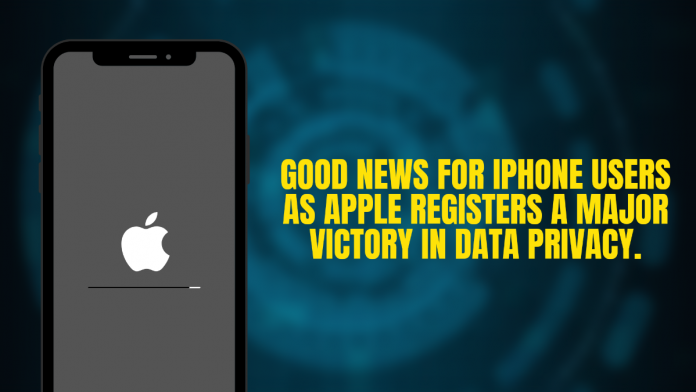 Apple is clearly setting some high standards with data privacy, and any amount of work arounds by apps are likely to fail, this was amply demonstrated by the maker of the iPhones, when when Social media giant TikTok tried to bypass Apple’s App Tracking Transparency measures, in coordination with some other Chinese tech companies. While try they did, Apple has got the better of them. And this is indeed good news for iPhone users as well as those concerned about data privacy.

Several apps including TikTok and QQ attempted to make the switch to Chinese Advertising ID, or CAID, to evade App Tracking Transparency measures that give iPhone users control over which apps can track their usage across the internet, and which can’t, in the belief that Apple wouldn’t be able to block their apps, particularly in the Chinese region.

This was because of the belief that Apple wouldn’t be able to ban apps that are incredibly popular in China. Apple did exactly what they had to do, by blocking updates for apps enlisting CAID, from the App Store. The Financial Times reported that Chinese tech companies including Baidu, Tencent and Bytedance have been working to create a new way of tracking iPhone users, for the purposes of advertising.

These steps to block app updates from popular Chinese tech companies such as Baidu, Tencent and Bytedance are being seen as a big win for Apple in the push for data privacy. This also ceased any potential criticisms, if Apple had allowed the alternate tracking mechanism to remain in place in China.

Meanwhile, Apple had introduced the App Tracking Transparency measures earlier this year for iPhone users, which protected users from apps tracking them across other apps and websites, without explicit permission. This gave users control to deny apps the permission to track their usage, something that would restrict data that these apps could collect and then serve targeted advertisements. Online ads are a big source of revenue for many tech platforms, including the likes of Facebook. The way the App Tracking Transparency feature will work is that when you open an app on your iPhone, for the first time or after an update, you will be asked, “Allow “app name” to track your activity across other companies’ apps and websites?” The two options you will have at this stage would be “Ask App not to Track” or “Allow”.

The reason for CAID’s development was to enable another route for apps to still track users across other apps and websites, even if they selected “Ask App not to Track” on the default privacy layer in iOS. So, how does CAID work? “Shared platform identifiers, such as the IDFA on iOS and the Google Advertising ID on Android, are perfectly suited to measuring digital ads. This is because the same ID is available for all events, so it’s simple to connect ad touches with conversions,” says Alex Bauer, head of product marketing at Branch, in a column for Adexchanger, published earlier this year.

“But after Apple’s ATT policy goes into effect, IDFAs will be unavailable in the vast majority of cases, which means these traditional measurement flows will break. CAID is essentially an open standard intended to function as a drop-in IDFA replacement,” he added. The CAID tool had been developed by the Chinese state-backed Chinese Advertising Association. Apple continues to maintain that any apps that violate its policies will be rejected from the App Store as reported by News18.

It can be said that there is trouble coming up for the global online advertising space. Google has also started measures similar to Apple’s App Tracking Transparency, for Android phone users. Eventually, when Google’s own iteration of the app tracking prevention comes into force, advertisers and apps that request access to advertising IDs on Android phones if a user has chosen to opt out of tracking, will instead get a string of zeros. Google is now letting developers know about the intended changes. Till now, users have been able to also opt out of personalized advertising on Android (Settings -> Google -> Ads- > Opt out of Ads Personalization) which restricted apps from fetching your advertising ID to serve personalized ads. However, these IDs are also used by apps and developers for data such as usage analytics and fraud prevention, particularly for payment apps, which link device IDs with payment methods.

Apple surpassed its own expectations and posted $111.4 billion in revenues for the previous quarter even as profits rose...
General News

The Coronavirus has brought a tough time upon everyone, except for some of the biggest corporations of the world....
General News