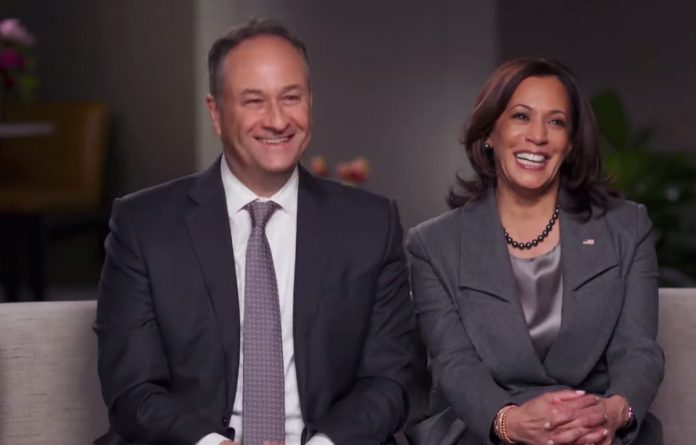 As the United States of America is preparing for the big transition on 20th January 2021, Vice President-elect Kamala Harris is set to make history as the first woman Vice President of the country. And alongside that, her husband Douglas Emhoff – will become the first individual to become the Second Gentleman of the United States. Yes, it is a bit of a mind-bender right now, but then its about time that women took their rightful place at the very highest political office in the world.

Outgoing President Donald Trump’s claims of a fraudulent election notwithstanding, Kamala Harris’ election back in November had cemented Doug’s place in history as the first ‘Second Gentleman’ of the United States. But it was only yesterday that Twitter bagged an official twitter handle. Amid the rush of the transition, Twitter unveiled for the very first time – @secondgentleman
Has quite the ring to it, doesn’t it?

A proud moment indeed for Doug, who was introduced as a ‘barrier-breaker’ himself when Joe Biden announced Kamala Harris to be his running mate. And Biden was one of the first to welcome Doug’s official handle to the virtual space, as he said in his typical friendly manner,

“Folks — This will be the account for my official duties as President. At 12:01 PM on January 20th, it will become @POTUS. Until then, I’ll be using @JoeBiden. And while you are here, follow @FLOTUSBiden@SenKamalaHarris @SecondGentleman and @Transition46.”

While Doug is yet to officially start using his account, it already has over half a million followers. And some like the VP-elect’s niece Meena Harris could hardly keep their excitement down, as she put out a tweet, “Omg (sic) there’s officially @secondgentleman account.”

Indeed, these are quite remarkable times in that sense, as the world’s oldest democracy is set to welcome, for the very first time, a woman and black Vice President, and it is also set to have a husband take a place alongside his wife, at the very apex of the world’s power structure.

And if Kamala Harris and her meteoric rise is any indication, don’t put it past her to have Doug become the very first First Gentleman, in the not-so-distant future.

On a side-note, Doug, a college Professor, will continue with his teaching duties at Georgetown University, where he teaches Entertainment Law, and thus is just as qualified to be Prof Doug, as he is to be Second Gentleman Doug.

Reacting to recent developments of coercive action by the Delhi Police, and the implementation of the new IT Rules,...