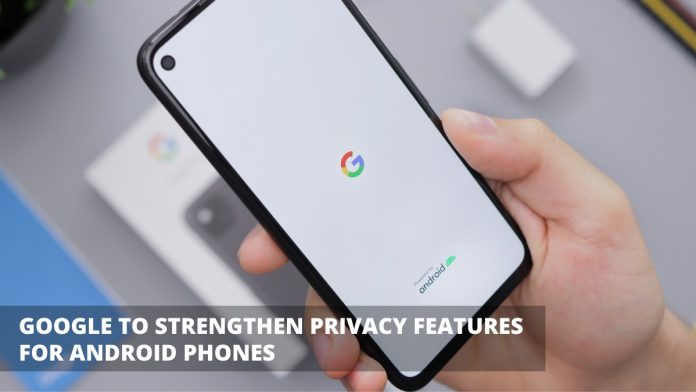 Tech giant Google is in process of strengthening the privacy measures for Android phones which will make it harder for apps to track users between apps and websites and then use that data to serve up adverts. This is something which Facebook might have feared when Apple got this rolling first. Later this year, when Google’s own iteration of the app tracking prevention comes into force, advertisers and apps that request access to advertising IDs on Android phones if a user has chosen to opt out of tracking, will instead get a string of zeros.

Meanwhile, Google is currently letting developers know about the intended changes. Earlier this year, after Apple rolled out the App Tracking Transparency for iPhones, there was expectation from Google to execute data tracking prevention in an effective way for Android.

Other than the communication shared with Play Store developers, Google has also updated the support page for Advertising IDs to reflect the new line of thinking. “As part of Google Play services update in late 2021, the advertising ID will be removed when a user opts out of personalization using advertising ID in Android Settings. Any attempts to access the identifier will receive a string of zeros instead of the identifier,” they said.

Also, it is expected that these changes to improve Android privacy will reach out to all Android phone users globally, and not just be limited to the newer Android 11 and the upcoming Android 12 versions. The new Google Play services update will see a phased rollout that will impact apps running on Android 12 devices starting late 2021, before the policy expands to affect apps running on devices that support Google Play in early 2022 is all that Google says at this time. No specific timelines are available at this time as per a report by News18.

Also apps could access hardware and device IDs to serve ads. Moreover these IDs are also used by apps and developers for data such as usage analytics and fraud prevention, particularly for payment apps, which link device IDs with payment methods—one such example is the UPI payment method in India, which has a multi-layer verification method that checks for your SIM card and device ID before allowing you to make a payment, to prevent frauds. It is expected that Google will offer more clarity on this in the coming weeks. “In July, we will provide an alternate solution to support essential use cases such as analytics and fraud prevention,” they said.

There is a difference in the approach which Google is planning as compared to Apple. When Apple discussed privacy for users, it was a communication made to consumers to let them know what was incoming. So far, Google has simply made these changes to the support pages and has initiated communication with developers. And surprisingly most users don’t even know what is being planned. Also, Google says that these stronger privacy measures will come into play for Android 12 phones first, and the billions of Android users on Android 11 or older versions, will get these changes sometime in 2022. Considering the fragmentation that there is in the Android ecosystem driven by much delayed Android updates across most phone makers, it may still be a while before users can actually enable the tracking prevention measures on Android. Meanwhile, Apple rolled out the App Tracking Transparency for all iPhones with iOS 14.5, in one go.

Google has just released the second beta for Android 12 which brings new features like the new privacy dashboard,...
General News

Search-engine giant Google is all in readiness to launch an interest-based advertising that will reduce the tracking cookies mechanism...