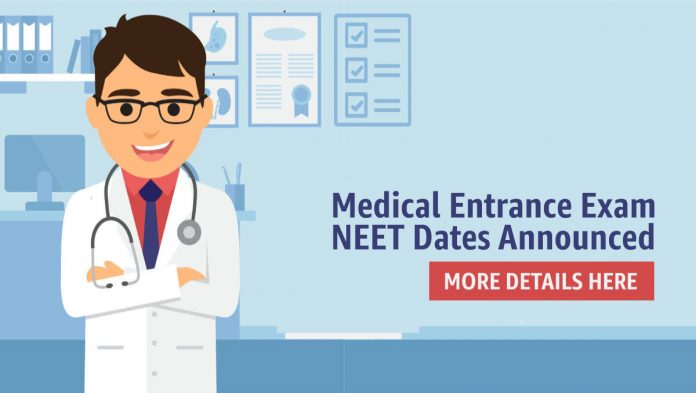 While some of the candidates were hopeful that the exam may be conducted twice this year, as the testing agency was in consultation with the Education Ministry and other stakeholders to explore the feasibility of it, this possibility has now been put on the backburner. They had also reached out to the Union Health Ministry asking if the entrance test could be held twice a year, stating that the move would lessen stress and pressure on students. However, the NTA has decided against it.

NEET, conducted by the National Testing Agency (NTA) is the single entrance examination held in the country for admission to undergraduate medical and dental courses.

The medical entrance test will be held as per the syllabus determined by NTA irrespective of the reduction in board exam syllabus.

The exam was held on September 13 last year after being postponed twice due to the COVID-19 pandemic. A total of 7,71,500 candidates had qualified for the exam, for which over 13.66 lakh appeared. The exam was offered in eleven languages, which remains the same this year.

On Monday, the newly-appointed Education Minister Dharmendra Pradhan announced the exam date of NEET-UG 2021. The exam will be...
Launch

(UPSC) HOW TO CHOOSE AN OPTIONAL SUBJECT ?

One of the dilemmas faced by aspirants for the UPSC exam is about how to choose an optional subject....