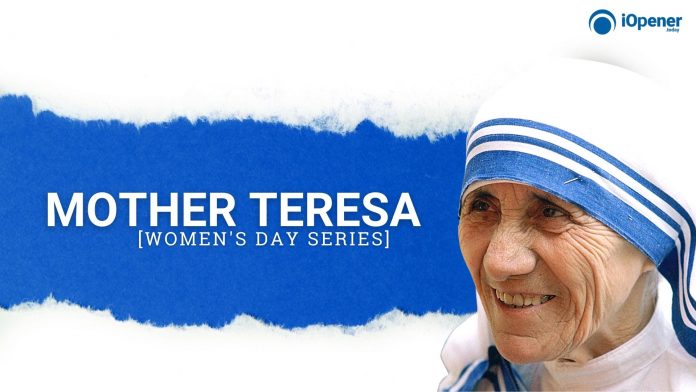 It would be rare to find someone who does not know the name of Mother Teresa! Born and raised in Albania, Mary Agnes Teresa left her family behind at the young age of 18, preparing herself for a lifetime of missionary service as a nun. It was during a train ride from Calcutta to Darjeeling for an annual retreat that she received the “call within the call” – to go out and “give wholehearted free service to the poorest of the poor.”

Stepping outside the comfort of her convent walls at Calcutta, she took her first steps towards the slums. As she visited families, cleaned the sores of children, cared for a sick old man, and treated a woman dying with TB, her heart began to reach out to them. Her visions confirmed God’s call to love the most unwanted and unloved people in society, just as Jesus loved them. She took it upon herself to meet the physical, mental and spiritual needs of these people.

With this vision, Teresa founded the Missionaries of Charity, a Roman Catholic religious congregation that started out with 12 nuns, and today has 5,167 nuns and is active in 139 countries, as of 2020. The congregation runs homes for people who are dying of HIV/AIDS, leprosy and tuberculosis, and it also undertakes various other social welfare projects. Often, she had to convince her religious mentors for working outside the convent and for getting basic medical training, request people for support and even face criticism. Yet, when she met the needy person’s gaze, she forgot all of these challenges and served with a smile. As she famously said once, what motivated her to do this was that she saw the face of Jesus in each of these persons. And in turn, everyone saw a mother in her, which is why she came to be popularly known as ‘Mother Teresa’.

In a world full of people endlessly chasing after selfish pursuits, Mother Teresa poured out her life in selfless love and sacrificial service to some of the neediest and most neglected people. She was awarded the Nobel Peace Prize in 1979, and is considered one of the greatest humanitarians of the 20th century. All the while, she remained faithful to her calling to love others. Dear friends, we may or may not be able to do as much as Mother Teresa did. But we can start where we are, with what we have, because we live in a world where there is need all around us.