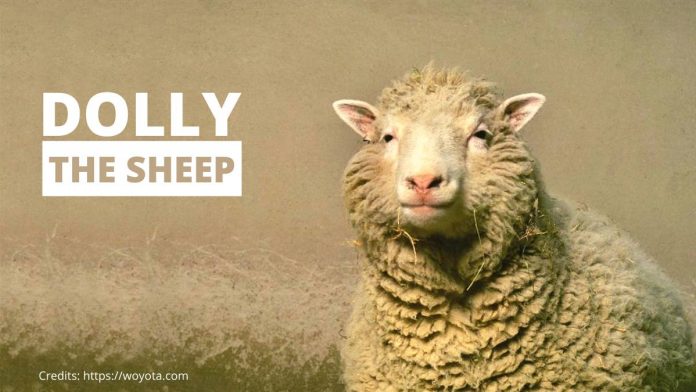 Dolly, Announced to the public

On 22nd February, 1997 scientists from Roslin Institute in Edinburgh, Scotland publicly announced the birth of Dolly the sheep, seven months after her actual birth.

Though there were other sheep cloned before Dolly, she was special for many reasons – she was the first successfully cloned mammal, was cloned from an adult cell whereas previous cloning were from embryo cells and finally, DNA testing revealed that she was identical to the 6-year-old ewe who donated the udder cell and was not related to her surrogate mother.

Dolly was born to three mothers – each of whom provided an egg, donated DNA and carried the embryo respectively. It was a team effort which included Ian Wilmut, Keith Campbell, their colleagues in the Institute and PPL Therapeutics.

Dolly’s cloning became the centre of controversy as it opened doors for the public to debate about the pros and cons of cloning. Due to progressive lung disease and arthritis, she was euthanised on 14th February 2003, after leading a normal life with other sheep at the Institute. Over this period, she gave birth to six lambs.

Dolly’s her preserved body is now on display at the National Museum of Scotland in Edinburgh.