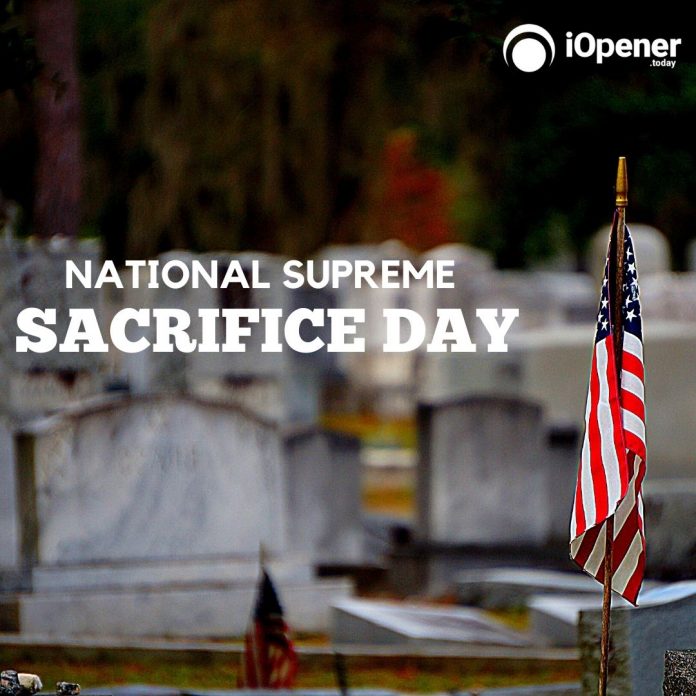 Acts of courage, valour and sacrifice always leave an impact on us. We admire people who have done something extraordinary for the sake of others. History is dotted with numerous examples of those who have made enormous sacrifices, to the point that it cost them their own lives. Our countrymen in the armed forces, police, fire brigade etc., have laid down their lives on several occasions for securing the lives of others. On this National Supreme Sacrifice Day, let us remember them with honour and gratitude.

All of these men & women had people who loved them, their parents, spouses, children, and friends, yet they somehow counted it more worthy of giving up their lives for saving somebody, a “somebody” who doesn’t even know them!

Isn’t it overwhelming when we just try to make sense of what their thought process would have been under such circumstances? The magnitude of courage and boldness required to do so is immeasurable. What drives such people? The answer lies in the fact that they consider it their duty to serve! Serve even to the point of death. Of course, this can only be achieved by individuals who are highly committed and unwavering wherever they serve.

When such mighty men lay down their lives, they are highly revered by their communities and often honoured with bravery medals. The government supports their families, and people continue to honour them.

On this day, can we remember someone who gave his life as the ultimate sacrifice, but people didn’t honour him when he was alive; rather, they wanted him to die! It was only later that people realised what a grave mistake it was!
He was no one else but Jesus Christ, who came down as a person from heaven and gave his life as a sacrifice for ALL. When he sacrificed his life willingly on the cross, he was doing it for saving the entire humanity from their sins and FORGIVING them.

The loss & pain of losing a dear family member leaves us distraught and with several unanswered questions. We only have an unanswered WHY? The God of the Bible lays an amazing answer before us; He sacrificed his son for us! What more can display the extent of his love for us? Him laying down the life of his own son is the supreme sacrifice, and thus, this is the only answer which can comfort a mourning family who has lost someone as a sacrifice for someone else’s life.

Suppose you have lost any loved one in any such way, Take comfort, for God himself understands this pain because he also went through the same.

“For God so loved the world that he gave his one and only Son, that whoever believes in him shall not perish but have eternal life.” (The Bible)

In a super-fast world, everyone seems to be occupied with their own routine – an early morning jog, the...
Red Letters