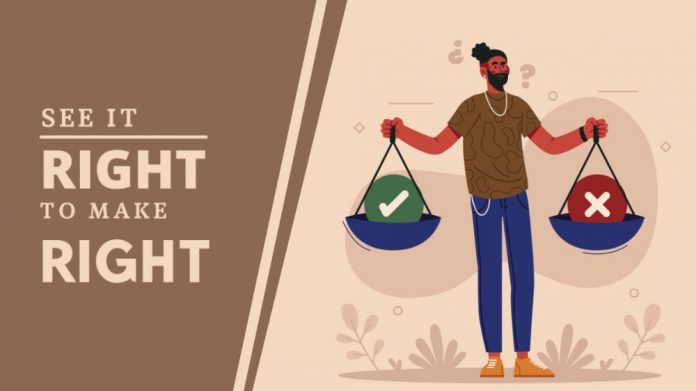 See it right to make it right!

Helen Keller lost her sight and hearing when she was just 19 months old. But rather than being crippled by her disabilities, she excelled in her studies. We all know how she went on to become one of the 20th century’s leading humanitarians, an author, disability rights advocate, political activist, lecturer and co-founder of the American Civil Liberties Union (ACLU).

Nick Vujicic was born with tetra-amelia syndrome, a rare disorder characterized by an absence of arms and legs. While growing up, he struggled with depression and felt completely hopeless. But after his mother showed him a newspaper article about a woman praying with a severe disability when he was seventeen, he started giving talks at his prayer group, and this became the turning point of his life. Today, Nick is one of the most reputed motivational speakers in the world. As he himself professes, he overcame life’s challenges through the strength and hope that he found in Jesus.

If someone brings us a white paper with a spot on it and asks us to describe what we see, most of us would focus on the spot and try to describe it. We usually tend to focus on problems rather than opportunities. This is why perspective matters. Nick and Helen faced very difficult odds in their life. But they managed to find a very different perspective to these odds. Their stories teach us that it’s not the circumstances that we come up against, but how we look at them and respond to them, that defines our life. Even the most daunting challenges can be overcome with a little faith and a positive attitude.

They are definitely one of God’s smallest creations, but the life of ants contain many lessons for us to...
YCafe

“One of the brightest minds of our college”, the principal exclaimed. Ancy was the Zoology department topper at her...

An Assistant to The Great Physician