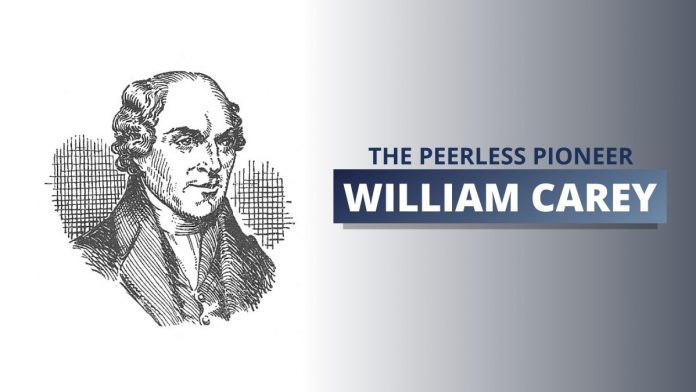 William Carey is a person who probably deserves more recognition for his huge contributions to Indian society in the pre-Independence era. This man of humble origins journeyed far from his country of birth, and established the first primary school and the first degree-serving university in India. An intense passion to change the lives of those around him drove him to establish schools for impoverished children and start a campaign to end the practice of Sati (a practice wherein a widow was burnt alive on the same pyre as her deceased husband). The contributions he made in the 41 years that he spent in India without a furlough are substantial.

But the cost he paid in order to make these contributions was very heavy. After he discovered his calling to serve in Christian ministry, he and his family came to Bengal, in India, which was in stark contrast to their hometown in England. This made it a challenge for them to adapt physically, socially and culturally. However, he worked tirelessly to help the needy, and also translated the Bible to many different regional languages. Members of his family had many episodes of tropical diseases; he lost his son to such a disease, following which his wife suffered a nervous breakdown, from which she never recovered. Even in the midst of all this heart-breaking hardship, he kept his hope in the One who called him to begin the good work. His life’s motto was “Expect great things from God, and attempt great things for God.” This was probably why an ordinary cobbler like William Carey ended up doing extraordinary deeds in the service of humanity as a follower of Christ.