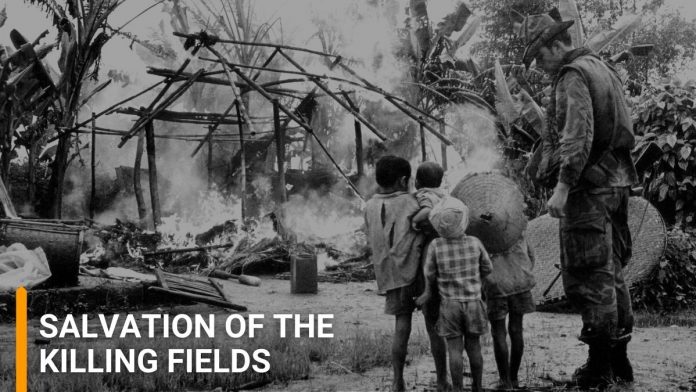 The Salvation of the Killing fields

January 7th, 1979 finds a place in history as the day that marks the end of the Third Indochina War, more popularly referred to as the Cambodian – Vietnamese War.

It marked the end of a reign of terror unleashed by Marxist leader Pol Pot and his Khmer Rouge (the armed wing of the Communist Party of Kampuchea) since 1975. This period had witnessed some of the worst mass killings of the 20th century, where close to 1.5-2 million people succumbed to crude and medieval-age torture techniques employed by the government. The 1984 British biographical drama ‘The Killing Fields,’ poignantly portrays the terrors of this autocratic rule.

In response to the invasions, raids, and massacres unleashed by Khmer Rouge in several Vietnamese villages that bordered Cambodia, the Vietnamese army invaded Cambodia in a sudden attack and defeated the Khmer Rouge’s forces, and toppled Pol Pot’s government. They captured power in Phnom Penh and installed a new government called the People’s Republic of Kampuchea.