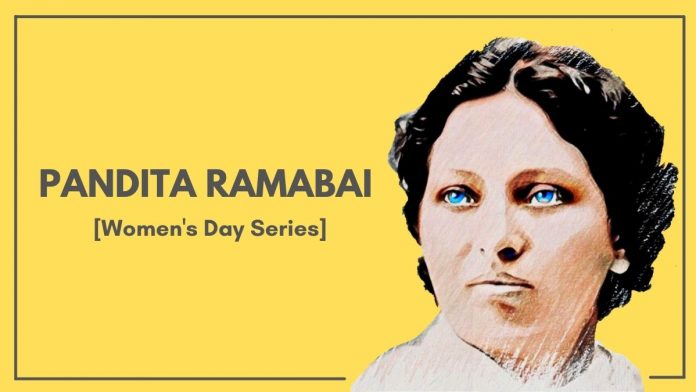 The place is YMCA, Philadelphia. A lady in a white sari with a close-shaved head stood on the stage, speaking about the pitiable state of high-caste widows in her country, many of them still children. There was an aura surrounding this woman that encapsulated the entire room. This was none other than Pandita Ramabai, an erudite woman from India. Audiences in Philadelphia were accustomed to the most diverse spectrum of speakers imaginable, but nobody present that day would ever forget the slight figure of this young widow, or her heart-rending plea for justice for the child widows of India, who were betrothed in infancy, often to men who were much older, and were condemned to the ignominy of lifelong widowhood, sometimes even before the marriage could be consummated. These young women were forced to remain widows because of the cultural taboo against widow remarriage. To make this worse, many of these young women were abandoned by their families, and left destitute.

Ramabai’s fervent appeal found its way into the hearts of many in the USA, who pledged generous financial support towards the cause of these young women for the next ten years. Thus, her long-cherished dream of starting a home for child widows in India took wings and Sharada Sadan came into existence. Sharada Sadan was the first institution in India to provide a residential school for Brahmin women, mainly widows but also unmarried girls. It was also the first organisation to give them access to formal school education and vocational training under the same roof. This assured them of a basic minimum amount of economic security and social acceptance. Impressed by Ramabai’s ability to raise funds on foreign shores, and even more by her devotion to social reform, other well-known social reformers in India extended their wholehearted support to her.

Amidst her work, Ramabai made sure she spent quality time with the girls. She took time to personally mentor and impress upon them the importance of hard work, kindness, patience and prayer. Many of the women that she raised in this manner, including her own daughter, followed her footsteps and turned out to as warriors who transformed Indian society in myriad ways. Another larger institution that Ramabai set up later, Mukti Mission, is still active today in providing housing, medical care, education, and vocational training to widows, orphans and blind women. The dream that one woman saw and her dependence on God to chase that vision ended up loudly proclaiming the message of Christ, whom she followed devotedly, in its truest form, and the echoes of her work still continue reverberating in the lives of many in India.