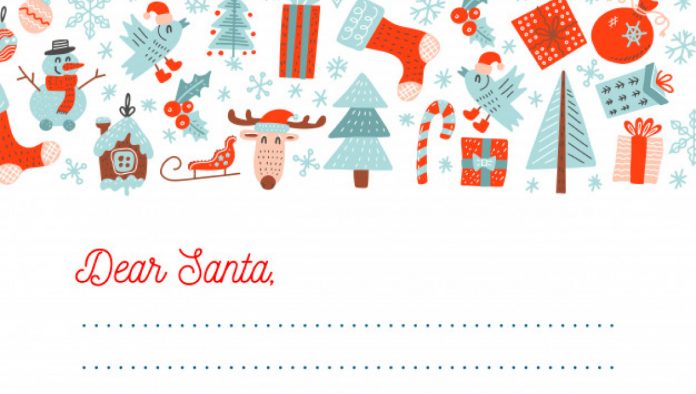 Adorable Letter to Santa Wins Hearts on the Internet

Honesty, they say, is the best policy, and a nine-year old schoolgirl from Essex decided to go down the honest path in her letter to Santa Claus, albeit rewarding her honesty could cost Santa Claus a fortune.

The letter posted on Social Media by her older brother draw plaudits and a few guffaws, as she admitted to failing miserably through the year at displaying good behaviour.

“Dear beloved Father Christmas, I hope you’ve had a wonderful year and you’ve been well,”

“My year has been quite the opposite. I’ve tried hard to be good but miserably failed. I’ll be honest I do deserve coal, but please I’d love to have a present,” admitted the little one.

And whilst her honesty is admirable, the list of 12 presents she included is definitely extravagant, including a trip to France, a live penguin, an iPhone 12, and a latest computer, amongst other things.

Although, to be fair to the little one, she did leave the door open for Santa Claus, saying he could only bring those items on the list if he had them.

The True Gift of Christmas

Early mornings are always sleep-tight time for 4-year-old Jay. But not today! Even the slightest creak of the window...
Poems

T'was a quiet night in Bethlehem.The streets were empty,The shops were closed,The city got ready to sleep. Unbeknownst to them,On...
Counter Point

Recently I was asked, why do we celebrate Christmas? And I gave the very basic answer – because it’s...

The True Gift of Christmas