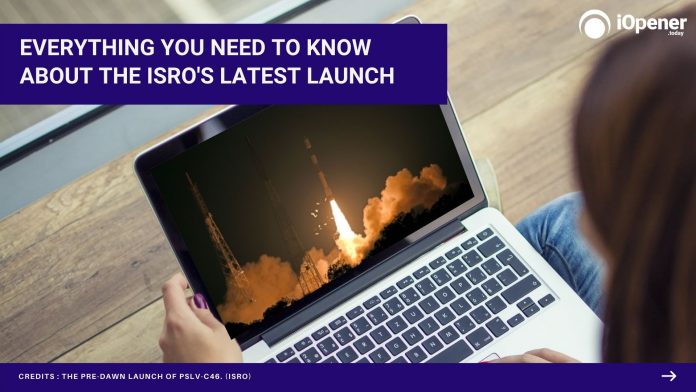 EVERYTHING YOU NEED TO KNOW ABOUT THE ISRO’s LATEST LAUNCH

Satish Dhawan Space Centre, Sriharikota, on Sunday morning had a mix of excitement and a sheer rush of adrenaline in the atmosphere. Indian Space Research Organisation’s (Isro) first launch of 2021, PSLV-C51 carrying Amazonia-1 and 18 other satellites took off, giving us another proud moment to cherish.

PSLV-C51 rocket, which is the 53rd mission of PSLV (Polar Satellite Launch Vehicle), launched the Amazonia-1 of Brazil as primary satellite and 18 co-passenger payloads from the first launch pad of the Sriharikota spaceport in Andhra Pradesh’s Nellore district, about 100 kms from Chennai. These co-passenger satellites include Satish Dhawan Sat (SD SAT) from Chennai-based Space Kidz India (SKI).

The launch took place at the end of a nearly 26-hour countdown at around 10.24 am.on Sunday.

Soon after the launch, the Amsazonia-1 successfully separated from fourth stage of the PSLV-C51 and injected into orbit.

HERE’S EVERYTHING YOU NEED TO KNOW ABOUT THIS MISSION :