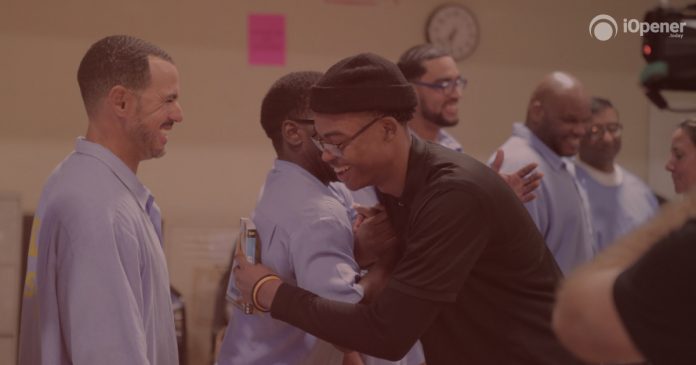 Serving incarceration for a wide range of crimes, and often discarded as the worst in the society, the inmates of the Soledad State Prison in California, US have set a poignant example that we can help others and have a positive impact on the society – whoever we may be, and whatever be our own situation.

This is the heart-warming story of the 800-odd inmates who donated their wages so that a young man in dire need would be able to pay for his tuition fee.

Sy Green, a sophomore at college, whose father recently underwent a heart transplant and mom lost vision after a softball accident – suddenly found himself with no money to pay for his college fee. And then help turns up from the unlikeliest of sources – the Correctional Training Facility in California, also known as Soledad State Prison.

The prisoners earn less-than-a-moderate wage of 8 cents per hour for doing prison jobs such as cleaning and clerking, and needlessly to say it took them hundreds and thousands of manhours to accomplish the task of pooling enough money for Sy.

The idea of helping the young man came up as part of the interactions in a prison-school book club called Exercises in Empathy, initiated by the Palma School – where Sy Green studies. It’s a book club where inmates working on self-improvement, get together to discuss literature with students from Palma School.

Started by teacher Jim Micheletti, the program has helped forge a much better understanding of the inmates, their lives, and feelings.

“[The students] go in thinking monster … and they come out thinking a man. A human being,” Jim Micheletti, co-founder of the book club, told CBS News. “They’ve done bad things, but there are no throwaway people here.”
However, when he heard of what the inmates had done, Jim, himself had been left in disbelief.

“I didn’t believe it at first,” Michelleti said according to CNN. “They said, ‘We value you guys coming in. We’d like to do something for your school … can you find us a student on campus who needs some money to attend Palma?'”

The inmates started gathering their money from 2016 and had enough to cover most of Sy Green’s high school tuition starting with his sophomore year in 2017. Over the course of three years, they raised $24,000 from their own pockets and received an $8,000 donation from outside the prison.

“I broke down and started crying because I knew where it was coming from,” Sy’s father, Frank Green, said according to Yahoo.

“You don’t know what to expect going into a prison. You only know what you see on TV. Once I went through those gates, they were all lined up to shake my hand and meet me. You have to have an open mind,” Green said. “If you go in there closed-minded, you’re not going to receive the wisdom they want to give to you.”

Currently, Sy has graduated from Palma School and attends The Academy of Art University in San Francisco where he plays for the basketball team.
Also, he is specializing in communications. He said the experience with the inmates taught him about humility and not judging too harshly.