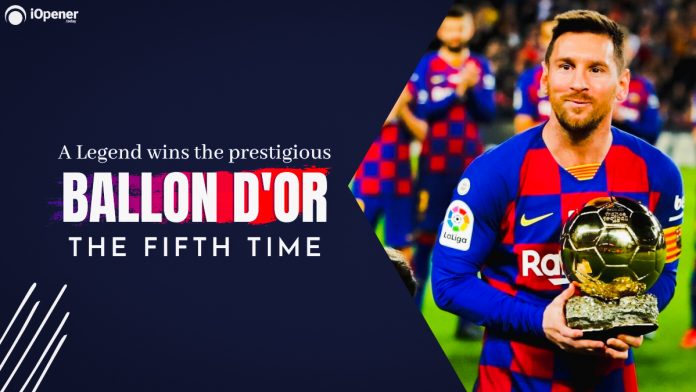 A Legend wins the prestigious Ballon D’Or the fifth time

On January 11, 2016, Lionel Messi won the prestigious Ballon D’Or award for a then-record 5th time. He won 41.33 percent of the vote, beating his rival Cristiano Ronaldo and his Barcelona teammate Neymar.

The award was handed over to him by Kaka in an award ceremony held in Zurich, Switzerland. The Argentinean played a pivotal role for Barcelona FC in the year 2015, helping them win the UEFA Champions League, La Liga, Copa del Rey, European Super Cup, and the Club World Cup. He also led his national team Argentina to the Copa America final, eventually losing to Chile on penalties. He ended 2015 with 52 goals and 26 assists in all competitions and made a total of 61 appearances during the year.

One of his most extraordinary moments of the year came in the Copa del Rey final when he took up the ball near the halfway line, dribbled past a cluster of players, and scored all by himself. This goal against Athletic Bilbao earned him a nomination for the Puskas award. Overall, it was a quite remarkable year for Messi and he deservedly won this prestigious award for the 5th time in his career.