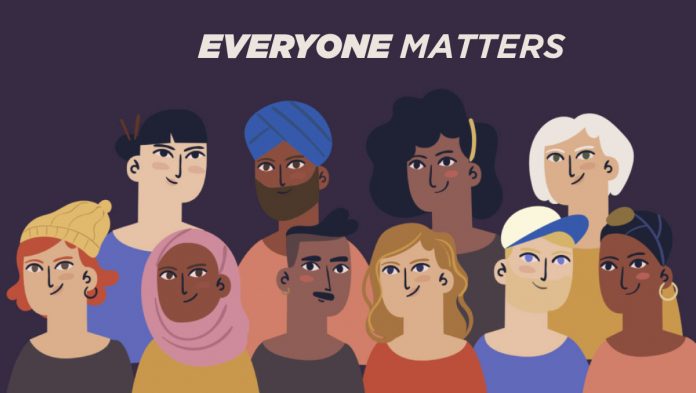 Over the years, the human race has come a long way from the practices of discrimination – like slavery or untouchability. And although we have reached an era of ultra-modern technologies, we still have not reached a point where we have overcome all forms of discrimination. Depriving a person of his/her fundamental rights because of his/her colour, race, caste, religion, gender, or financial status is rather common in many places even today.

Thus, the world Zero Discrimination Day is celebrated on the 1st of March every year by the United Nations (UN) and other international organisations. This is to acknowledge the fact that gone are the days when the basic needs of human beings were limited only to ‘food, water, shelter, and clothing’. Many recent studies have proven that a sense of belonging is as essential to a human being as any of these physiological needs. In short, he/she wishes to be with a person or group of people who wouldn’t behave in a biased manner and would give him/her a sense of belonging.

The Bible says that God has created every human being on our beautiful planet in his own image. There is a lovely verse from it, which goes, “Man looks at outward appearance, but God looks at the heart”. No one is seen by God as more superior or inferior. If each of us, like God, judged people and related with people “by the content of their character” (as Martin Luther King Jr. famously said), the world could become so much more beautiful.

In an age where everyone is busy chasing their own life goals, let’s pause and decide today to be a voice for the voiceless. We can stand against discrimination by taking small steps in our daily lives, such as resolving to not hold any prejudices about anyone based on their colour, appearance, sex, community background etc. It is important for us to appreciate that everyone has the right to live their life with dignity. But we live in a world that is becoming increasingly polarized and denying this basic right to many, which is why it has become a pressing need that that those of us who care about a more just world strive to become more inclusive and compassionate.

Human Rights Day (10th Dec 2021) “Where, after all, do universal human rights begin? In small places, close to home...
Think Why

What is one thing you would want to change to improve social justice in your community?

Social justice is fairness as it manifests in society. Discrimination and social justice are not compatible. Do you think...

What is one thing you would want to change to improve...