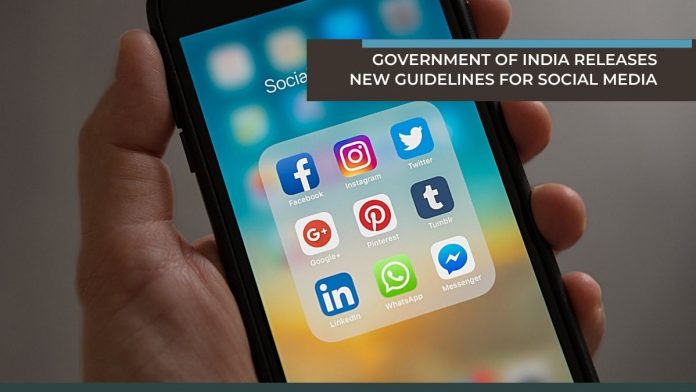 The government of India announced the all-new Information Technology Rules 2021, which include stricter intermediary guidelines for digital media, on Thursday. The government has come up with a firm stand to identify a message’s originators. Once the rules come into effect, social media giants like WhatsApp, Signal, Telegram, and others, that use end-to-end encryption guarantee their users’ privacy to guarantee their users’ privacy, might have to compromise on this feature in order to comply with the government’s new guidelines once they come into operation after three months.

There have been instances in the past, when the government asked Facebook-owned messaging app WhatsApp to identify the origin of messages; these requests were always turned down citing end-to-end encryption.

The Centre said that it does not care about what messages are being passed around, but if an untoward incident is found to have been initiated through social media, they want to know who is the ‘first originator’ of the message.

“We don’t want the content, because the content is already out there in the form of tweets or messages. But, who began the mischief? This they [social media platforms] will have to disclose,” said Ravi Shankar Prasad, the Minister of Electronics and Information Technology (MeitY), at the press conference.

On the other hand, Tarun Pathak, associate director with global analysis firm Counterpoint Research, told Business Insider, “You can only tell how many times a thing has been forwarded. You can’t go back and trace the source in that context. If you are doing that, then it means you are reading the content.”

Announcing the new regulations, Union Ministers Prakash Javadekar and Ravi Shankar Prasad mentioned that finding the ‘first originator’ will only be applied to cases where the penalty is greater than five years. This includes instances where there may be a threat to India’s national sovereignty, security of state, public order, and other scenarios which come under Section 69 of the IT act. They also added that if a tweet or message has not originated in India, then the platform must tell the government who in India received it first.

The official statement put out by the government said, “Significant social media intermediaries providing services primarily in the nature of messaging shall enable identification of the first originator of the information that is required only for the purposes of prevention, detection, investigation, prosecution or punishment of an offence related to sovereignty and integrity of India, the security of the State, friendly relations with foreign states, or public order or of incitement to an offence relating to the above or in relation with rape, sexually explicit material or child sexual abuse material punishable with imprisonment for a term of not less than five years.”

“Intermediary shall not be required to disclose the contents of any message or any other information to the first originator,” it added.

As these IT rules have raised significant privacy concerns and fear about government overreach, it will be interesting in the coming days to see what changes the social media giants will bring in to address such concerns, while finding a way to comply with the government regulations.