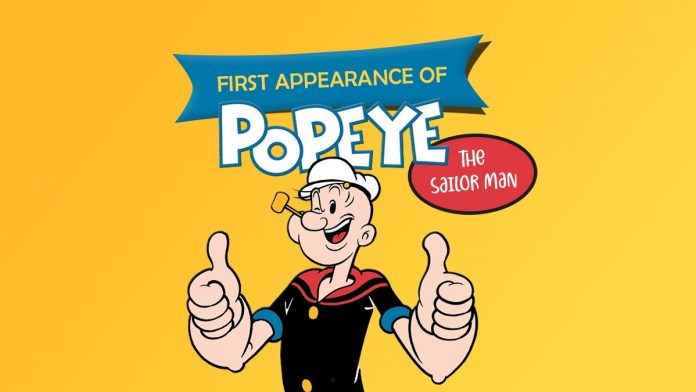 Children from the 90’s may remember a sailor holding his pipe, who enhances his strength to superhuman levels by ingesting a can of spinach. Often seen with a pipe, he used it for multiple activities – to eat spinach, to imitate a ship’s horn, to whistle or even to blow smoke. He is known for a missing right eye, huge forearms and skinny upper arms. He is one of the most well-known and beloved cartoon characters – Popeye the sailor man.

This character first appeared in a minor role on January 17, 1929 in the comic strip Thimble Theatre and later, Popeye went on to become the title of the strip. Created by Elzie Crisler Segar, Popeye has a gravelly voice and often mumbles.

Olive Oyl, Bluto, Wimpy, Swee’pea and Pappy are other characters often seen with Popeye. The sailor man also featured in TV series, animation movies, and motion pictures and even became the face on many widely merchandised products.

Little did anyone know back in the 1940s that an ordinary cat-chasing-mouse story can continue to fascinate and entertain...