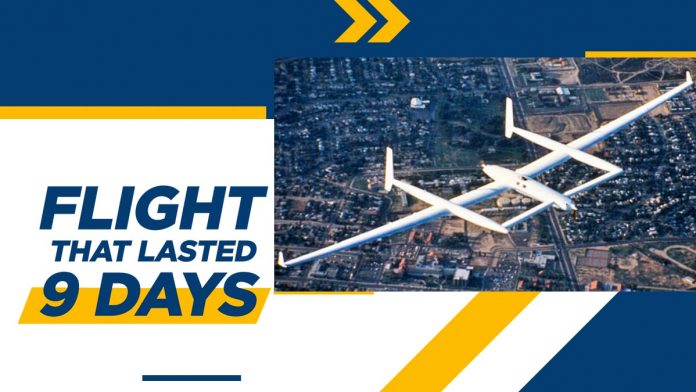 On December 23, 1986, the Rutan Voyager became the first nonstop, around the world flight without refueling. Piloted by Dick Rutan and Jeana Yeager, the plane took off from Edwards Air Force Base in California on December 14th, embarking on a journey that spanned for the next 9 days 3 minutes and 44 seconds.

The plane was built in such a way that it had 17 fuel tanks and could carry up to more than 7000 pounds of fuel. This idea of flying around the world without refueling was made in 1981 by Dick Rutan, his brother Burt and Jeana Yeager. They built the voyager along with a team of volunteers. It took them 5 years to build the aircraft and it weighed just 939 pounds.

The aircraft had some trouble during its flight, but it managed to travel around 26000 miles without refueling.