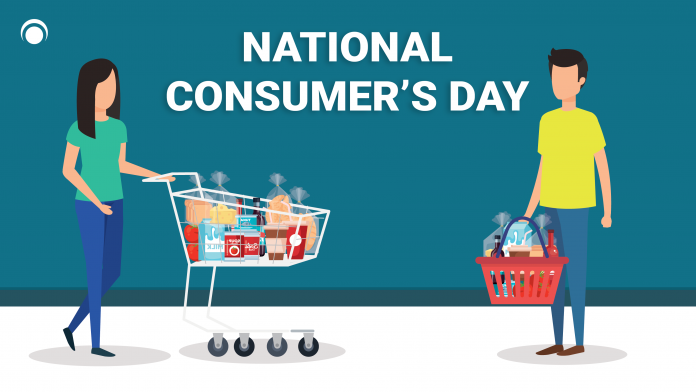 It was on this day in 1983, that our rights as a consumer in India got their standing before the law.

The concept of consumer rights was brought forward by Ralph Nader during the tenure of John F Kennedy as the President of the United States. Mr. Nader is considered the father of the consumer movement.
The ‘Consumer Bill of Rights’ was established on four basic pillars: 1. The right to safety 2. The right to be informed 3. The right to choose, and 4. The right to be heard.

This year, ‘Sustainable Consumer’ was the theme that was marked at the global level. It was a call for ‘mindful consumption’. In layman’s terms, ‘consume ONLY what you require without poisoning the environment with toxic wastes and polluted air.’

As each year raises awareness of our rights as a consumer, let us not also forget the responsibility we have towards the next generation.

India stands as a role model for the next generation of sustainable consumers with the increase in demand for mindful production. The holistic approach of living is starting to spread its wings, reflecting in the way consumers now look at what they actually need.