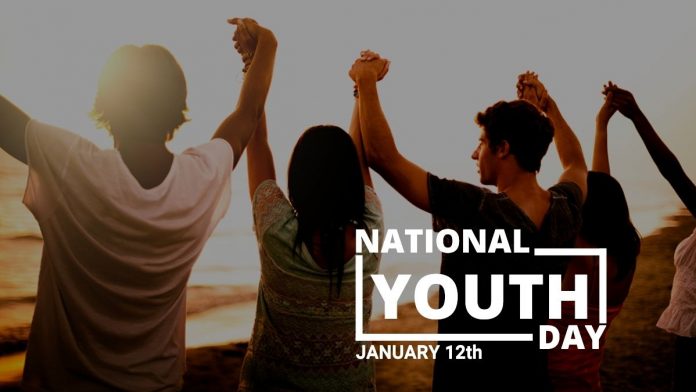 ‘Youth is the pollen that blows through the sky and doesn’t ask why’ sums up pretty well the vibe of the age group from 15 to 25. Unabashed and unbridled, the youth are known unreservedly to do what they think is right. As we celebrate Jan 12 as National Youth Day, let’s delve a bit deeper into why the youth warrant national significance. This year, the theme is ‘Channelizing Youth Power towards Nation Building’.

Over 1/3rd of the total population in India comprises of the youth (i.e the 15-24 age group). They form the fulcrum in the endeavours undertaken by any major authority in India. No government can thrive without the backing of the youth. But is it just this numerical majority that makes nations youth-centred?

Absolutely not! The youth wield the magic wand of enthusiasm. They leave no stone unturned in giving life to their plans. What is greater than such a force and resolve for the success of any venture?

Nevertheless, it is often said that he who holds his ground in youth holds his ground in life. Being able to harness this strength and undying spirit is the key in cultivating a bright future. One is reminded of a young man named Joseph from the Bible who, in his youth, had the grit to stay on track. Usually, with an adolescence such as his riddled with such traumatic experiences – being abandoned in a pit to die by his own siblings, being sold as a slave, being accused falsely of misconduct and put in prison – everything would seem to paint a bleak future. But not for Joseph! He cruised on with forbearance so remarkable that he ultimately went on to hold the position of Prime Minister in Egypt, and his governance was exemplary. Boy, what a man!

Where does such clinical will-power stem from? Well, it is clear from the Biblical account that Joseph relied on God, a person greater than himself. On this day set apart for the youth, why not spare a moment to assess what equips you, as a youth, to pack a punch for the nation? God stretches out his arm for you, ready and able to help you rise above yourself. Are you ready to try His way out?

Your ability will not help if you do not give your availability.Saji Ijiyemi
Pearls

There are no traffic jams along the extra mile.Roger Staubach
Pearls

"A good conscience is a continual Christmas."Benjamin Franklin