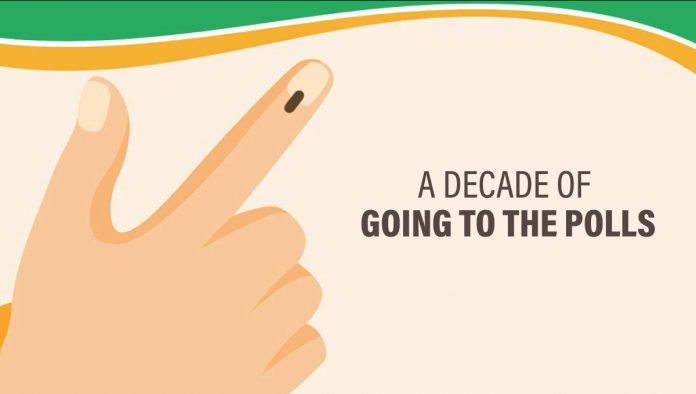 10 years ago, the Government of India under Prime Minister Manmohan Singh decided to observe January 25th every year as “National Voters’ Day”. The then Information & Broadcasting minister Ambika Soni, had came up with this day to encourage young voters who become newly eligible to vote every year. “A vigorous exercise was taken to identify all eligible voters attaining the age of 18 years on Jan 1, every year in each of the the 8.5 lakh polling stations across the country,” said Soni.

The eligible voters are identified, and issued the Electoral Photo ID Card (EPIC), along with a badge which reads, “Proud to be a voter – Ready to vote”. On this day, rallies are conducted in government college campuses to encourage young voters to take part in the political process.

The level of voter enrolment had started to decline in the first decade of this century, and it was as low as 20 to 25% in certain areas. The slogan “No voter to be left behind” was also coined to emphasis the focus on inclusiveness in the year 2016. The day reminds every eligible voter that our destiny as a nation is shaped by the active participation of each citizen.
So have you cast your vote?