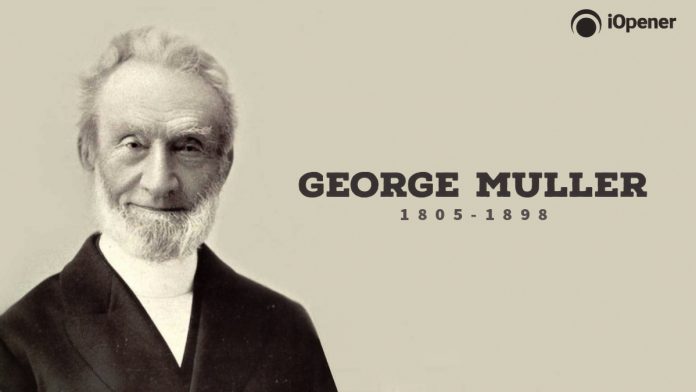 A Life Lived to Empower the Powerless: George Muller

George Muller (1805-1898) is a name that is well known in England for his work in empowering thousands of orphans. Living in Bristol, he was moved by the state of homeless orphans, who lived in the streets and were treated badly, to the extent that it deeply burdened his heart. He experienced a calling from God to open an orphanage in response.

He started off without any resources. As a pure step of faith, he started a care home for 30 orphans in his rented house. Over the years, he rented additional houses, and eventually built a huge orphanage at Ashley Down, which functions to this day. He cared for more than 10,000 orphans during his lifetime. He provided them with food, educated them and moulded their characters to help them become healthy and well-functioning members of society. The most amazing thing was that Muller did all of this without making a single fundraising effort ever. He believed that since God had called him to do all this, God would provide the necessary resources, so all he ever did was pray. People whom he didn’t even know would send him money from across the world, whenever needs arose.

Muller himself had a pretty rough teenage and early adulthood, and was lost in a haze of reckless living. When he was in college, he experienced an encounter with the love of God through Jesus in a prayer group. On his way back, he said that all his former pleasures were nothing in comparison to that evening. This encounter transformed his life and the rest is history. George Muller’s life is a testament to how God can turn around the lives of those who put their trust in Him, and use them to empower other lives, even with limited means.

In a super-fast world, everyone seems to be occupied with their own routine – an early morning jog, the...
Red Letters