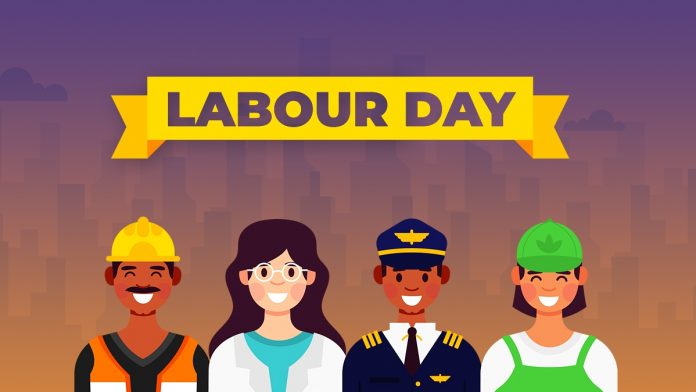 Celebrating the Sanctity of Work

The working class is the backbone of every society. It is on their shoulders that the economic development of any country largely rests. May 1st is celebrated as International Labour Day in more than 100 countries worldwide. And is also alternatively known as International Workers’ Day.

Back in 1884, the American Federation of Organized Trades and Labour Unions was protesting for the legalization of an 8 hour workday, in opposition towards the 15-hour workday which was the norm then. In 1886, at one such general strike at Haymarket in Chicago, the peaceful protest took a grim turn when a bomb was dropped at the location and 11 people were killed, and many others were injured. In honour of those who died, the International Socialist Conference declared May 1st as a day designated for labourers across the world. Since then, much progress has been made in the fight for labour rights, but this remains an ongoing global human rights issue even today. May 1 is a day that celebrates all those who have dedicated their lives towards this cause.

Over the past one year, many people have lost their jobs owing to the economic and health crisis caused by the COVID-19 pandemic. The lockdowns imposed in various countries and the temporary closure of millions of workplaces has had an enormous effect on labour markets across the world, disproportionately affecting the lower-paid workers.

These numbers are quite alarming and show us how much still needs to be done in the area of labour laws and rights.

Labour & hard work needs to be treated with dignity and respect. Moreover, the dignity of labour needs to be upheld, in that every person is respected and valued for her/his work, irrespective of the type of work they do. This very idea of the dignity of all labour can be traced back to the Biblical worldview, which sees work, big or small, as God’s design for humankind. Human work is understood as the channel through which God chooses to sustain all that He has created.

Thus, when we work, we all do so as the stewards of God Himself. Work, any work, can become deeply joyful, meaningful, and worthy of respect, if it flows out of a relationship with God which helps us experience this reality

Global Wage Report 2020–21. Wages and minimum wages in the time of COVID-19. (https://www.ilo.org/wcmsp5/groups/public/—dgreports/—dcomm/—publ/documents/publication/wcms_762534.pdf)