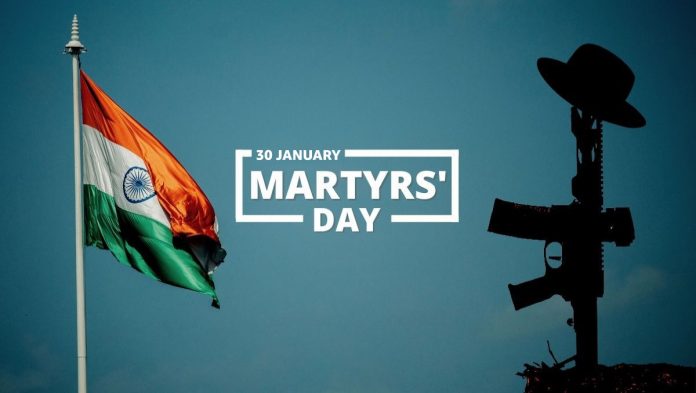 India celebrates ‘Shaheed Diwas’ (Martyrs’ Day) every year on January 30th and March 23rd to pay homage to those who fought for the freedom, glory, welfare and progress of India, and were martyred in the process. Martyrs’ Day is celebrated in fifteen countries around the world including India as a mark of respect to the nation’s martyrs.

On January 30, 1948, Mahatma Gandhi was assassinated within the compound of the Birla House during his evening prayers, by Nathuram Godse. The Government of India subsequently announced the day as Shaheed Diwas or Martyrs’ Day. The contribution of Mahatma Gandhi towards India and its independence was unparalleled. He was a practitioner of non-violence, spread a message of the same and worked tirelessly on building unity and harmony within the nation.

On January 30th every year, the President, the Vice-President, the Prime Minister, and the Defence Minister come together at the Rajghat – the memorial in Delhi dedicated to Mahatma Gandhi – and lay flower garlands at the statue of the ‘Father of the Nation’. The Armed Forces personnel and Inter-services Contingent of the country give an honourable salute to the martyrs. All people gathered at the place observe a 2-minute silence in the memory of Gandhi and other martyrs of the country.

Students in schools and colleges perform plays in memory of the brave fighters. Patriotic songs are played to keep alive the spirit of courage, bravery and love for the nation.