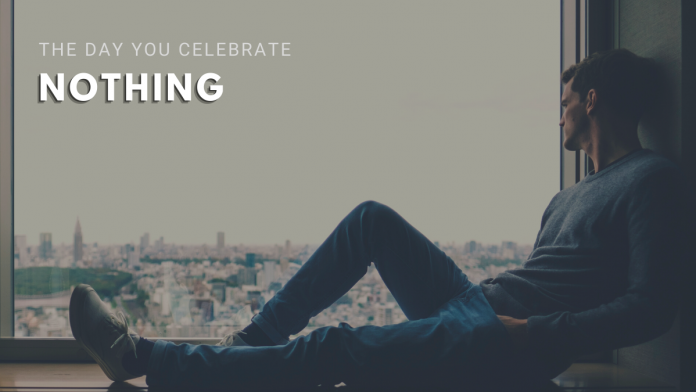 The idea of ‘National Nothing Day’ was first proposed by an American newspaper columnist named Harold Coffin. This day is literally about doing nothing but celebrating life. It started back in 1973, way before humanity was put into a forced pause by the pandemic. But as someone rightly said, “a mind-teaser always occurs to us though – If you are doing nothing, aren’t you doing something, with nothing as the thing you are doing?”

It was in fact ‘Chase’s Calendar of events’ which first printed this day on their yearly calendar, within the list of annual occasions. This day is sponsored by Coffin’s own ‘National Nothing Foundation’, which remains true to its name by having nothing in terms of an institutional framework – not even a website.

Though Harold Coffin gets the credit of being the founder & sponsor of the day, it must be noted that the idea was first brought up by the Mayor of Birmingham, who wanted to celebrate a ‘nothing week’. This was published by the Associated Press back in 1956, 17 years before the day was on the occasions calendar.

In the midst all this nothingness, there’s one more amusing bit of trivia associated with this day. In contrast to a day commemorating laziness as they perceive it, The Realist Society of Canada hit back with the ‘There Has Always Been Something Day’ or ‘THABS Day’.