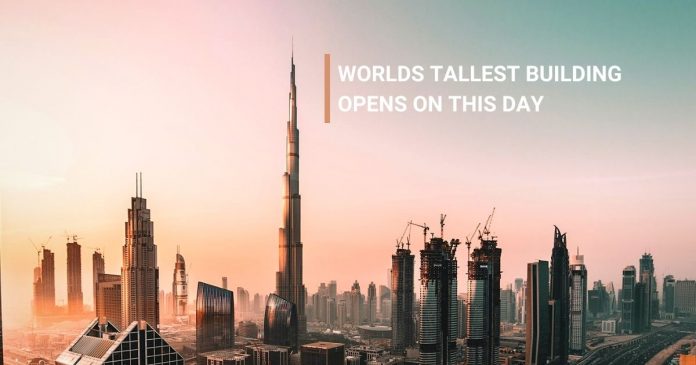 The Burj Khalifa, previously known as Burj Dubai, was opened on January 4th, 2010. It is located in Dubai, UAE, and has a height of 829.8 m, and is the tallest building in the world – the skyscraper has 163 floors.

The design and blueprint of the building were made by the architectural company Skidmore, Owings and Merrill. The main architect was Adrian Smith and the structural engineer was William F. Baker. It took around 5 years for the building to be constructed. The construction began in 2004 and was completed by 2009. The Burj Khalifa contains commercial, residential, and hospitality ventures including hotels, restaurants, and health centers.

The building was officially named after the ruler of Abu Dhabi His Highness Khalifa bin Zayed Al Nahyan and upon its opening, it broke eight world records, which it still holds to this day.