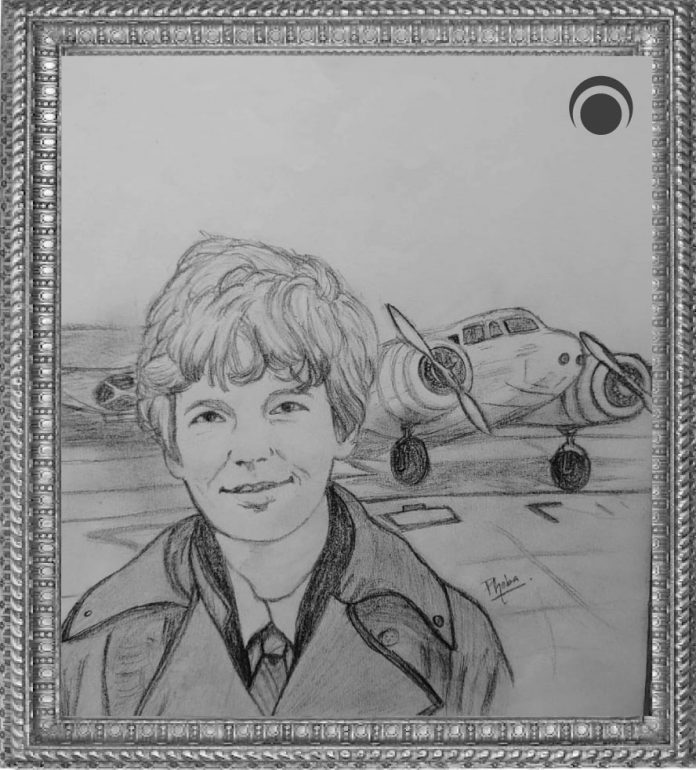 “Everyone has oceans to fly, if they have the heart to do it. Is it reckless? Maybe, but what do dreams know of boundaries?”
These strong words were spoken by none other than Amelia Mary Earhart, the first female pilot to fly solo across the Atlantic Ocean. Her heroic accomplishments are the very emblem of courage and of a woman who refused to let fears and hardship stop her dreams.

Amelia Earhart flew against prevailing mentalities, and believed ardently in the ability of women to be as fearless as men in chasing their dreams and making their own way in the world in an era where flying was considered a men’s domain. Apart from being an aviator, she was an author of best-selling books, lecturer, poet, and airline industry vice-president, who transformed her hobby into a career, set many records and became an inspirational figure for women around the world.

On the occasion of International Women’s Day, we bring you this pencil sketch of Amelia, hoping that her life continues to inspire girls and women around us to dream big, face their fears and fly high.