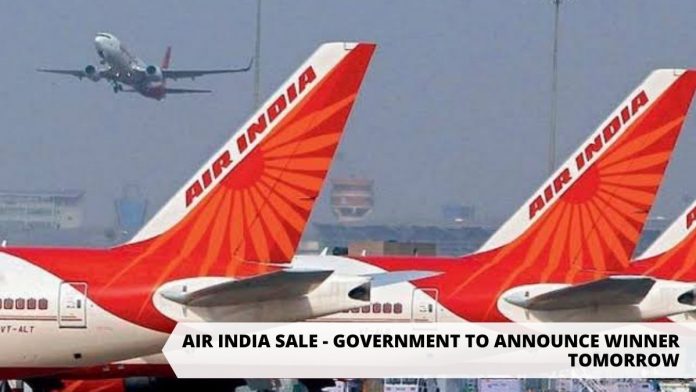 The Union government is likely to announce the winning bid for debt-laden national carrier Air India on Friday, sources told CNBC-TV18. There have been multiple media reports suggesting that Air India is likely to return to its founders after a gap of 68 years. Earlier, Bloomberg reported that Tata Sons is likely to take charge of Maharaja and its humongous fleet by the year-end. However, the Union government denied the media reports, calling them incorrect. “Media reports indicating approval of financial bids by the Government of India in the AI disinvestment case are incorrect. Media will be informed of the Government decision as and when it is taken,” DIPAM Secretary Tweeted earlier.

As per a report by Hindu Business Line, a Ministerial Group headed by Home Minister Amit Shah has been vetting the bids based on recommendations given by a panel of Secretaries led by the Cabinet Secretary.

The Tata Group-Air India relationship went back to 1932 when legendary industrialist and India’s first commercially licensed pilot Jehangir Ratanji Dadabhoy (JRD) had launched the national carrier. The airline soon expanded to passenger aircraft and in 1938 it started flying overseas. With Columbo being added to its list of destinations, the name of the airlines was changed to Tata Air Services and later to Tata Airlines. The legendary airlines flew support missions for the British Royal Air Force during World War II in Burma. Once the war was finished, the airline changed its name to the now-iconic Air India. The Union government soon took interest in Air India and bought 49 per cent stake in it. With the Air Corporations Act in 1953, the government took over the company from Tata Sons and nationalized it.