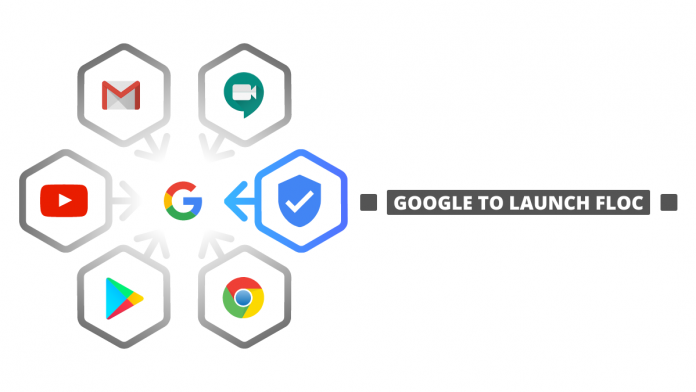 Search-engine giant Google is all in readiness to launch an interest-based advertising that will reduce the tracking cookies mechanism that is currently in place. The system, known as Federated Learning of Cohorts (FLoC) is expected to address some of the privacy concerns that have become a major point of contention worldwide.

Google is developing this new machine learning algorithm which will allow businesses to send ads to cohorts of potential customers rather than specific individuals. This algorithm is used to create clusters of people with similar browsing behavior and the data analyzed is kept private on the browser, which according to Google will effectively let individuals indistinguishable from the other people in their cohort.

Eventually, the company wants FLoCs to enable interest-based advertising to continue after it ends support for third-party trackers. Meanwhile on January 25th, Google released new data from simulations of the technique conducted by Google’s ads team using FLoC API. The company said that the results of FLoC were almost as effective as cookie-based approaches.

“Our tests of FLoC to reach in-market and affinity Google Audiences show that advertisers can expect to see at least 95 percent of the conversions per dollar spent when compared to cookie-based advertising,” the tech giant said in a blog post.

Google is planning to make FLoC available for public trials through a March update to its browser Chrome. It will also test the cohorts with advertisers in Q2 of this year.

“Chrome intends to make FLoC-based cohorts available for public testing through origin trials with its next release in March and we expect to begin testing FLoC-based cohorts with advertisers in Google Ads in Q2,” Chetna Bindra, group product manager for user trust and privacy wrote in the blog post.

The first comprehensive test of how the FLoC API will function on the open web is getting ready to kick off through a new bird-themed proposal called FLEDGE (that builds on TURTLEDOVE) from Chrome that was recently added to the Privacy Sandbox.

Prior to all this, in October, Google released early results from its FLoC tests indicating that interest-based cohorts generate big improvement in recall and precision over random clustering. According to Bindra, the goal of Google’s previous test was primarily to analyze different types of clustering algorithms. The recent testing has focused on seeing how interest-based cohorts stand against cookies. The results strengthen Google’s conviction that FLoC and other proposals within the Privacy Sandbox “represent the future of how our ads and measurement products will work on the web,” Bindra said.

Not long ago, Chrome also published an anti-fingerprinting proposal called Gnatcatcher. Chrome is still working on its Gnatcatcher proposal, which allows groups of users to send their traffic through a privatizing server with the intent of hiding a device’s IP address so that it can’t be used for targeting but is still available for what Bindra called “legitimate purposes,” including spam and fraud prevention.

“The plan from here on out, is to continue testing, experimenting, talking with publishers and advertisers and gathering feedback from discussions at the W3C.” Bindra added.

“The idea is to make it so that no one can reconstruct your cross-site browsing history,” said the company’s spokesman when we asked about how the proposal will improve users’ privacy standing.

“We’re trying to address non-transparent forms of tracking, across websites, with privacy-safe mechanisms for consumers, and make it so it can’t happen. And to do so while still enabling opportunity and fair compensation for publishers and advertisers. So it’s really not even a matter of trying to approximate a kind of privacy: We’re trying to address a root critical concern of users, full stop,” he added.

While discussing Fledge’s future, Dr Lukasz Olejnik, an independent researcher and consultant, said it is still vague over how this might impact user privacy.

“The Fledge experiment looks potentially interesting but it mixes in various proposals in this test. Such a mix would need to get a specific privacy assessment as the offered privacy qualities might be different than originally claimed. Furthermore, the current tests will have many privacy precautions intended for the future, turned off initially. It will be tricky to gradually turn them on,” Olejnik told TechCrunch.