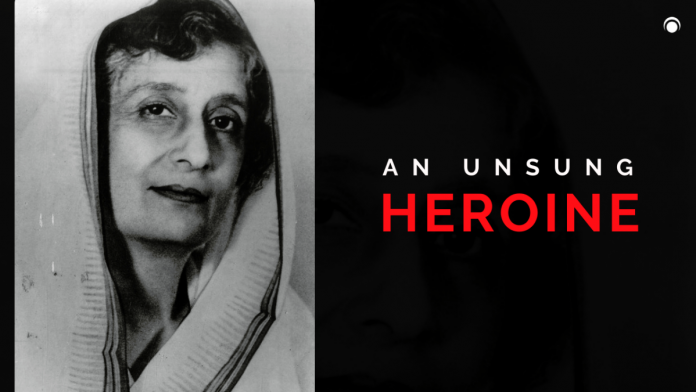 Many in this generation may not have heard of Rajkumari Amrit Kaur, but the contributions she made towards the betterment of Indian society throughout her lifetime cannot be understated. Kaur was born on 2nd February 1889 in Lucknow as the only daughter to Raja Sir Harnam Singh Ahluwalia, the younger son of the Raja Randhir Singh of Kapurthala. After completing her education in England, she returned to India in 1918, and began to grow as a social activist and a prominent Gandhian.

She expressed her strong opposition to the practice of purdah, child marriage, and the devadasi system in India. She was also imprisoned by the British because of her participation in the Dandi March. She began to live in Gandhi’s ashram in 1934 and played the role of his secretary for sixteen years.
Kaur went on to serve in various key positions to shape independent India. In 1947, Jawaharlal Nehru called upon her to join his cabinet as the first health minister of India. She played a prominent role in establishing AIIMS, and was its first president. Kaur also played a vital role in founding the Indian Council of Child Welfare. She was the Chairperson of the Indian Red Cross Society for fourteen years. She founded the Amrit Kaur College of Nursing and the National Sports Club of India. Kaur also held various other prestigious positions.

She offered her ancestral estate in Shimla to build a retreat centre for the nurses of AIIMS.
From 1957 until she died in 1964, she remained a member of the Rajya Sabha. Kaur was honoured along with the former prime minister Indira Gandhi in TIME magazine’s list of the 100 most powerful women.
Aruna Asaf Ali, an independence activist, said, “Rajkumari Amrit Kaur belonged to a generation of pioneers. They belonged to well-to-do homes but gave up on their affluent and sheltered lives and flocked to Gandhiji’s banner when he called women to join the national liberation struggle.”
Although she was a lady who made immense sacrifices to shine a light to India, she remains an unsung heroine to this day.

January 28th marks the birth of one of the most influential leaders India has seen. Popularly known as 'Punjab...