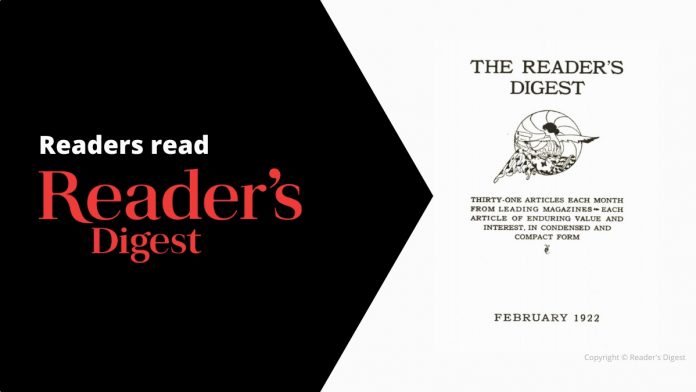 On February 5th, 1922 the first issue of Reader’s digest was published. The thing that set this magazine apart was its unique and innovative size, which allowed readers to carry the magazine around in their pockets. With its large print and compact size, it is half the size of most other magazines. The US edition adopted a slogan ‘America in your pocket’ in 2005, which was later modified to ‘Life well shared’ in 2008.

It cost a dime and came only through mail. It is a general-interest magazine founded by DeWitt Wallace and Lila Bell Wallace; it soon became the bestselling consumer magazine. The global editions have a reach of more than 40 million people in 70 countries today and are published in 21 languages. It is also published in a digital format, Braille, and audio. The international editions have made it the bestselling monthly in the world, and account for 50% of its business. The first Indian edition was published in 1954.