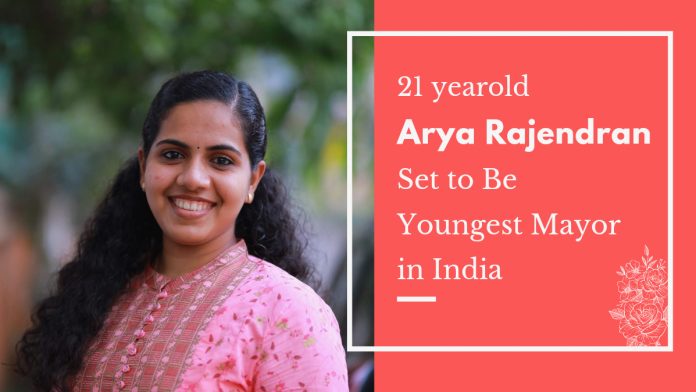 Arya Rajendran, at 21 years old, will make history as the youngest mayoral candidate in India following her nomination for the said post for the city of Thiruvananthapuram. CPI(M)’ s district secretariat has recommended her name and if approved, she will take over the reins of the municipal administration of one of India’s fast-growing cities from the southernmost state – Kerala.

She comes from a lower middle-class family and is a student of BSc Mathematics at the All Saints College. In the recently conducted local body polls, she won by 2,872 votes from the Mudavanmughal constituency.

Even at her young age, Arya says that she has been a life-long supporter of the CPI(M) but remained tight-lipped about her nomination for the top post. She joined the party’s children’s collective Baalasangham and then went on to become the district president for the same.

Due to my active role in the Baalasangham, I was taken into the Students’ Federation of India (CPM students’ wing) and I am part of its state committee,” added Arya.

Her father is an electrician. She has a brother who has completed his automobile engineering, currently working in the Gulf region.