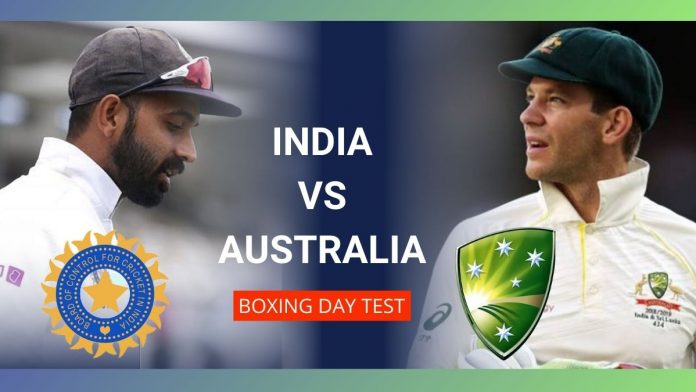 Australia won the toss and elected to bat first for the iconic boxing day test match at the MCG. India made two forced changes in terms of Virat Kohli returning to India, and Mohammad Shami out with an injury. India also handed over debuts to Shubman Gill and Mohammad Siraj, as four changes meant that it was a completely new-look side that took the field compared to the one in Adelaide for the pink-ball, day-night test match. While several experts did hand the pre-match advantage to Australia, given their strong performance in the opening test and the absence of some key players for India, Australian skipper Tim Paine would have none of it at the pre-match press conference.
“We can’t pay any attention to mental scars or whatever it is that people are talking about. We know that India is a proud cricket country, they’re an extremely talented Test match side. They’ve got some very dangerous players and the moment we take the foot off the pedal and think we’re going alright – think we saw in England in the fifth Test that we can come unstuck pretty quickly,” said Paine. He urged his team to continue the winning ways and not get their foot off the pedal. From past experiences, Paine believes that the past performances shouldn’t influence the next match.
“We know that some of the players that they’re talking about coming into the side like KL Rahul or Rishabh Pant are dangerous players who like to take the game on and play positively. If we give guys like that an inch, they’ll take them all,” said Paine cautiously.
Meanwhile, stand-in Indian skipper Ajinkya Rahane sounded upbeat of his own team’s chances as he said that the loss in Adelaide was down to one-bad hour rather than complete outplaying of the team. Also he said that his focus was on keeping the side and its performance ahead of his own performance as the skipper over the next three tests.