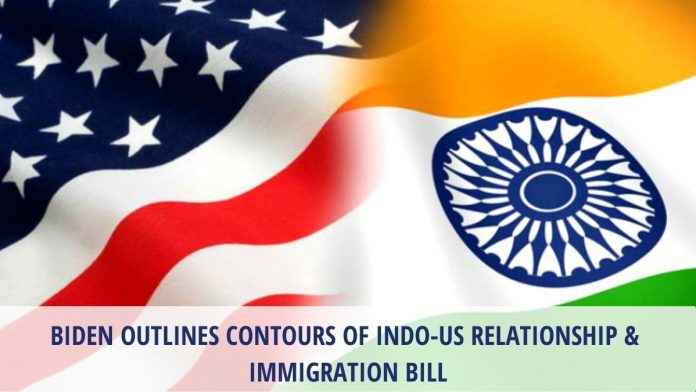 The Biden administration will look to further the strong Indian ties of USA, and President Joe Biden respects the long, bipartisan, and successful relationships between the world’s largest and the world’s oldest democracy, according to the White House Spokesperson.

“Obviously, he selected — and yesterday, she was sworn in — the first Indian American to serve as President or Vice President, certainly a historic moment for all of us in this country, but a further, you know, cementing of the importance of our relationship,” the Press Secretary added.
Prime Minister Narendra Modi spoke to then President-elect Biden shortly after the November 6th election, and they are likely to speak soon as President Biden settles into his tenure and starts establishing a connect with various world leaders.

Meanwhile, policymakers are now closely watching the new administration’s approach towards India. In the senate confirmation hearing of the Secretary of State nominee, the very question came up – underlining the importance of the ties between India and the USA.

With President Biden at the helm, analysts expect a more robust but less strained relationship, that was often under stress due to former President Trump’s aggressive America-first push.

Immigration and non-immigrant visas have also been flashpoints between the India and US governments under former President Trump – but both are likely to smoothen with Biden’s more immigration-friendly approach. As a start, the White House has already paused the regulatory process for the next two months and seeks to review the previous administration’s rules & procedures.

President Biden has already put before the Congress a sweeping US immigration reform via the US Citizenship Act of 2021, which seeks to modernize the immigration system and is the most far-reaching immigration reform over the last four decades. It is expected that the proposed bill could be a boon for the Indian IT professionals who currently have to wait over decades to become citizens.

Even non-immigrant visas and business visas are likely to become more accessible and less of a hassle under the new regime, as IT companies will heave a sigh of relief.