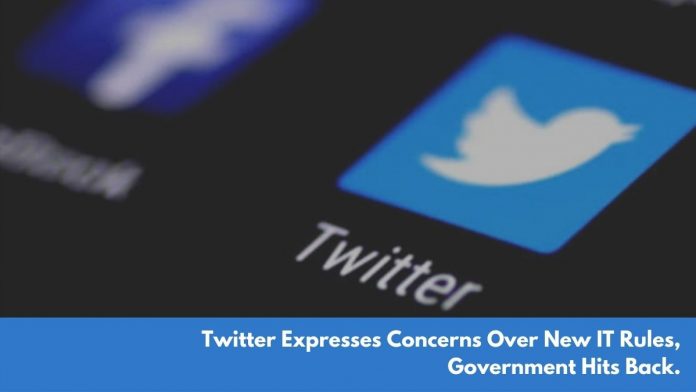 Reacting to recent developments of coercive action by the Delhi Police, and the implementation of the new IT Rules, Twitter issued a statement expressing concerns over, what the social media giant, has termed “potential threats to freedom of expression, and intimidation tactics by police.”

The statement comes in the wake of the Delhi Police’s Special Cell visited Twitter’s Delhi and Gurgaon office to serve a notice asking the company officials to join in the probe regarding the alleged toolkit.

A twitter spokesperson added that it will strive to comply with the law and will be strictly guided by principles of transparency.

“Twitter is deeply committed to the people of India. Our service has proven vital for the public conversation and a source of support for people during the pandemic. To keep our service available, we will strive to comply with applicable law in India. But, just as we do around the world, we will continue to be strictly guided by principles of transparency, a commitment to empowering every voice on the service, and protecting freedom of expression and privacy under the rule of law,” the statement read.

Twitter had labeled a tweet from BJPs Sambit Patra as ‘Manipulated Media,’ leading to several BJP leaders asking Twitter to remove the tag. Meanwhile, unsurprisingly, the opposition party Congress has said that it wants the Manipulated Media tag on 11 union ministers’ Tweets to continue as in.

In a serious retort, just hours after Twitter released a statement on Delhi Police’s inquiry into the Toolkit case, the Delhi Police on reverted with a statement of their own, terming Twitter’s reaction ‘mendacious’ and ‘designed to impede a lawful inquiry…’

Delhi Police PRO Chinmoy Biswal, said, “Twitter Inc. has taken upon itself, in the garb of terms of service, to adjudicate the truth or otherwise of documents in public space. Twitter Inc. is purporting to be both an investigating authority as well as an adjudicating judicial authority. It has no legal sanction to be either. The only legal entity, so empowered by the duly laid down law, to investigate is the Police and to adjudicate is the Courts.”

Meanwhile, the central government has also issued a rebuke, accusing the social media platform of lying and said that it has no locus in dictating India’s legal policies.

The government also assured Twitter and other social media platforms that their representatives are and will always remain safe in India and there is no threat to their personal safety and security. It stressed on the point that protecting freedom of speech is the commitment of the world’s largest democracy

The government said that it respects the right of people to ask questions and also criticize on these social media platforms, including on Twitter. “The Government equally respects the right of privacy. However, the only instance of scuttling free speech on Twitter is Twitter itself and its opaque policies, as a result of which people’s accounts are suspended and tweets deleted arbitrarily without recourse,” it said.

India-born Parag Agrawal, has been named the Chief Executive Officer of Twitter. The company's Board has unanimously appointed Twitter's...
General News

Prominent Indian politicians ran into a bit of a tweet-trouble on Friday as Minister for Electronics & Information Technology...
General News