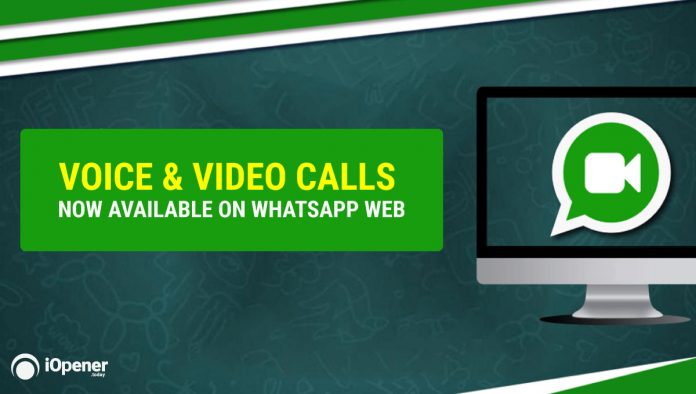 WhatsApp is working on adding support for video and voice calling features for its Web client and Desktop platforms, an update that would allow users to make phone and video calls directly via the Web and Desktop App. However, the features still appear to be in its beta phase say reports.

Earlier in December 2020, it was reported that select users on the two channels started receiving the beta version of the feature that is already available to use on WhatsApp’s smartphone platform. Now more users across several areas have started seeing the video and voice calling option on WhatsApp Web and Desktop platforms. An official announcement over its stable rollout, however, is pending from the social media giant.

Support for voice and video calls on WhatsApp web and desktop app has been a much-awaited feature from users around the world. The Facebook-owned messaging platform might also extend the calling features on group chats for the Desktop and Web clients. At present, it supports up to eight participants during a single group call.

Due to the coronavirus pandemic, voice and video calling apps like Microsoft Teams, Zoom and Google have seen a huge surge in user base last year and WhatsApp would be hoping to give a tough competition to its counterparts.

Due to the ongoing scrutiny over its updated terms of services on privacy policy, WhatsApp is working persistently on new features to improve the overall user experience on the app. It has been noticed that many users have started to move out of the app and are downloading alternative apps like Signal and Telegram. Meanwhile, Signal is leading in India in terms of new app downloads. It is being keenly observed around the world on how Facebook will promote the new features in WhatsApp amidst all the controversies.