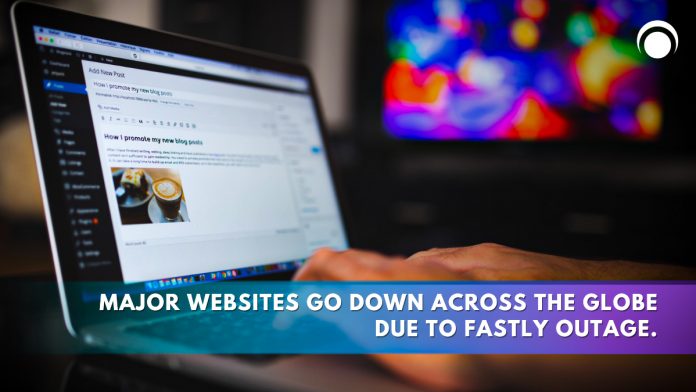 Major Websites go Down Across the Globe due to Fastly Outage.

Many major websites across the globe went down on Tuesday due to an outage in cloud computing services provider Fastly. This affected many high profile websites and social media platforms. According to Reuters, Amazon.com Inc’s retail website also seemed to face an outage. The sites of Reddit, Spotify and Pinterest were also impacted.

Many leading news websites including the Financial Times, the Guardian, the New York Times, CNN were down. Quora was also down for users in India. Some other sites impacted were Stack Overflow, GitHub, gov.uk, streaming sites Twitch and Hulu, HBO Max, Quora, PayPal, Vimeo and Shopify, according to Engadget.

The home pages of these websites showed an ‘Error 503’ message.

In a detailed thread on Twitter, the Guardian’s UK technology correspondent Alex Hern wrote that the “massive internet outage” has been traced to a failure in a content delivery network (CDN) run by Fastly.”

The issues reportedly began at around 11:00 BST and lasted for an hour.

Meanwhile, Cloud computing provider Fastly, which underpins a lot of websites, said it was behind the global outage. The firm said there had been issues with its global content delivery network (CDN) which it was fixing.

“We identified a service configuration that triggered disruption across our POPs (points of presence) globally and have disabled that configuration. A POP allows content to be sent from globally distributed servers that are close to the end user. Our global network is coming back online”, it said in a statement.

“The issue has been identified and a fix is being implemented,” Fastly said at 4.14 pm IST.

About 13 minutes later, the company said that “a fix has been applied”. However, it added that customers “may experience increased origin load as global services return”.

The websites were restored after an hour-long downtime.